2022 Elections were the first elections held under the Redistricting agreements made in 2021.

In Washington state all legislative districts were realigned to fit the goal 0f 157250 people per district. (Not Voters only but the Total population).

Click here for a complete rundown of the Redistricting from the 2020 Census.

As a result it was necessary for the 42nd district to “lose” about 1060 population to become closer to the 157250 “perfect number”.  The way the committee did this was interesting.  They moved about 4500 people to make it happen the map below shows most of the movements in Bellingham constructed by the Redistricting Commission members. 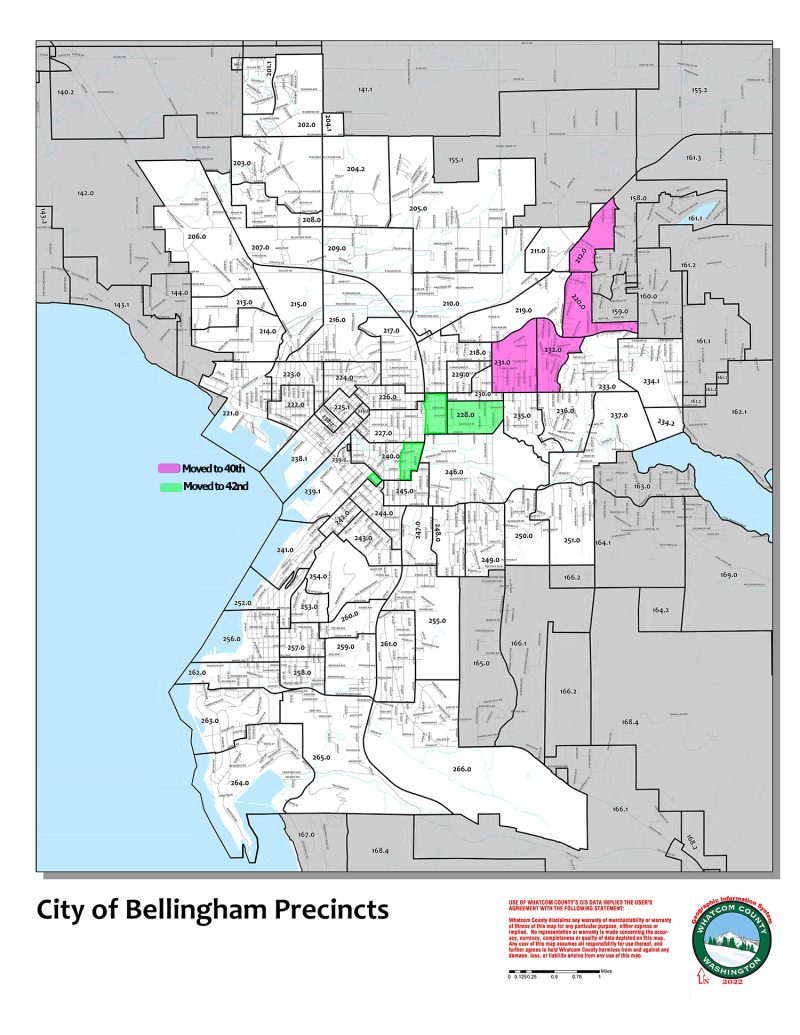 The result of the redistricting:

So what happened at the ballot box in November?

2018 and 2022 were two “off year” even years elections that makes for easy comparison.  2018 is before redistricting and 2022 is after redistricting.

The  chart shows some of the effect of the Redistrict Map above.

There are  1000 less votes for Republicans in the City of Bellingham while the Rural and Smtwn areas show an increase in the margin of votes for Republicans.  It is interesting to note that the Shewmake total is only 287 more than Pinky Vargas in 2018.  It is very close to the 275 estimate of votes garnered by Redistricting.

The numbers show much more than redistricting was in play in the election.  The Republicans did lose a number of potential voters in the Barkley area to the 40th District …but not enough to account for a thousand vote reduction in the City of Bellingham.  In this close of an election redistricting was not the only factor.