WHY DOESNT THE NEW GAS TAX PAY FOR ROADS AS THE CONSTITUTION REQUIRES?

Almost everyone by now has probably heard about what a lot of people are calling a gas tax that has now taken effect. I have had issue with the way this has been presented, because it is not a gas tax. It will likely raise gas prices, but it may not happen all at once, and we might have already seen higher gas prices because of it. It’s a carbon tax, and it covers a lot more than just gas.

First, I want to explain why it isn’t a gas tax and why the distinction is important. A gas tax is a price that is applied directly to each gallon of gas, but more importantly, it is tied by the Constitution of the state to be used for our roads and bridges. We can argue that the money currently collected by gas tax isn’t used wisely or efficiently, but it still must be used for transportation. This is laid out in the Constitution in the 18th Amendment. You can google WA State Constitution – 18th Amendment 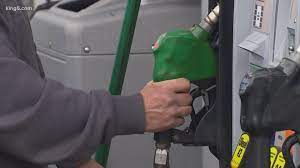 as it creates its product. This tax is especially onerous to the companies that produce gas and diesel fuels. That tax will be passed on to the consumer by means of higher prices. You will obviously pay the higher price whether it’s put into place by just an increase in price or by a direct gas tax, but this tax is collected at the business level, not at the pump. It can therefore be spent on anything a legislature desires. It isn’t required to be spent on anything to do with transportation.

This carbon tax was passed in 2021, and it was called the Climate Commitment Act – SB 5126. Google it and use the legislative site to read about the bill. As you read down the bill history page, you will find where this bill was voted on several times. You can click on the link labeled “View Roll Calls” and see who voted for this bill. Every Republican opposed this bill. You can go to TVW and watch the debates to find out why. This bill would do nothing but increase the price of gas, and the proceeds, instead of going toward transportation, would go for green economy projects, and implementing other, unrelated programs, like the working families tax rebate. In other words, the price of gas will go up, and you will see little benefit.

The price of 46 cents that has been connected with the increase of our gas prices is not definite. It could be less or it could be more. We don’t know. And it may not happen on January 1st. The bill goes into effect tomorrow, but it may have already affected gas prices, and it will most definitely affect them in the future. When this bill was passed into law in 2021, the fiscal note (the calculations used by the legislature to understand how much a law will cost the taxpayers) used a figure of $20.60 per metric ton for how much carbon dioxide “costs”. However, this year, Department of Ecology got a figure of about $58.31 per metric ton. Do you think that will make the cost of gas go up higher? Most likely. And it’s only going to get higher.

The stated purpose of the carbon tax is to make it hurt for people to use fuel that creates carbon emissions, whether it’s to heat your home or to get to work or the doctor. As always, the wealthy are somewhat sheltered from the pain, and those in poverty get government subsidies to help (which is why the proceeds of this tax go to the working family child tax credit). It is always the middle class that not only pays for the program but also must carry the burden of its consequences.

The bottom line: The gas tax that isn’t a gas tax may be more than 46 cents per gallon, it is not used for transportation, it is likely to continue to go up, and it may not all appear on January 1st, when the bill goes into effect. It’s a tax on the companies, and they may pass the cost on gradually, rather than all at once. So don’t let anyone tell you that the “46 gas tax” scare was false if prices don’t suddenly go up. It will be there, and it will continue to increase over time.