What does the School Directors Association of Washington think about Parents 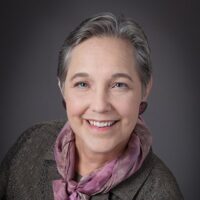 Nancy Churchill is the state committeewoman for the Ferry County Republican Party. She may be reached at DangerousRhetoric@pm.me. The opinions expressed in Dangerous Rhetoric are her own.

The Fourth Corner article on WSSDA is here… “equity in a divided community” was one of the Subjects.

What does WSSDA think about Parents?

Since we currently have school board elections on our ballots here in Washington state, let’s turn our attention to the Washington State School Directors Association, also known as WSSDA.  Every school board member in Washington State belongs to WSSDA.  Like many associations, it is governed by a board elected by its members – the collective of elected school board directors. WSSDA also currently belongs to the now infamous National School Board Association, with an Issaquah board member seated on the NSBA board. (https://www.nsba.org/-/media/NSBA/File/nsba-2122-board-71221.pdf?la=en&hash=4E5C3A23ED869FBFDB84FA5AB3C134FFD13763D5)

This past week it was reported that the NSBA’s president and CEO collaborated with the White House before sending the letter describing America’s parents as domestic terrorists. This letter was sent to the Biden Administration on Sept. 29 without prior approval from the NSBA Board. (https://www.dailywire.com/news/nsba-apologizes-for-letter-describing-potential-domestic-terrorism-at-school-board-meetings)

However, by Oct. 23, the National School Board Association issued an apology for its letter comparing parents to terrorists. This memorandum stated “…There was no justification for some of the language included in this letter.” This letter was issued after at least 11 state school board associations withdrew or distanced themselves from the NSBA. The Louisiana School Board Association wrote “Our concern is that NSBA’s request and description of events is not a universal occurrence at all school boards, it fails to align with the standards of good governance, and it discourages active participation in the governance process.”

However, the NSBA apology was made to the members of the NSBA, NOT to the parents it mislabeled as violent domestic terrorists. NSBA has yet to apologize to America’s parents, grandparents, and guardians for attempting to discourage their active participation in the school governance process. There have been no widespread incidences of violence towards school boards, and zero reasons given why local law enforcement couldn’t handle any future problems should they arise. (https://redstate.com/nick-arama/2021/10/23/the-problems-with-the-nsba-apology-for-their-domestic-terrorist-letter-n461800)

Given the hostility that NSBA shows towards parents, what does WSSDA think? Does our state school board association agree with the Biden Administration, which asked the FBI to prepare to investigate parents who want to exercise their right to participate in local school governance? Does WSSDA agree with Virginia Democrat Gubernatorial Candidate Terry McAuliffe who said, “I don’t think parents should be telling schools what they should teach…?” Do they agree with Education Secretary Miguel Cardona who said parents shouldn’t be the “primary stakeholder” in their kids’ education during his testimony before the Senate?

Sadly, WSSDA does appear to agree that parents are terrorists who are not the primary stakeholders in their children’s education! In a statement published on Sept. 30, JUST ONE DAY after the letter from the NSBA was published, Tim Garchow, executive director for WSSDA, said, “It is important for families and community members to share their concerns with their school district. … However, it is equally important to do so in a way that sets an example for students of how to advocate in a civil and respectful manner. Aggressive, abusive, or hostile language and behavior do not demonstrate a desire to do what is best for children,” he added. (https://www.wssda.org/wasa-wssda-call-for-civility-in-school-district-conversations/)

This statement from WSSDA’s Garchow is intended to disempower and discourage parents who just want their children to receive a good basic education. Parents are tired of schools that fail to teach their children reading, writing, history, math and science but are instead focused on teaching racism, gender theory, activism, and blind obedience to the state. Parents that push back against Critical Race Theory, Comprehensive Sexuality Education, “Diversity, Inclusion, Equity, and Unconscious Bias” training and “social emotional learning” are told that they have no choices, because these decisions are not “…made locally by school boards, but…at the state level and beyond the authority of individual districts.”

Parents are told to be “civil and respectful”. However, when being civil and respectful is met with an official WSSDA narrative that dismisses community concerns, and weakens local control over the schools, then it’s clear that parents need to be more proactive and involved in the business of their school board. Washington parents and communities do NOT accept racism in any form, segregation for any reason, or violence for any cause. However, every person in a school district has a right to participate in the discussion about proper goals, curriculum, and school financing for their community.

Clearly, NSBA is a failing organization that cares very little about helping children get a good education. Based on their statement of Sept. 30, WSSDA appears to be following NSBA’s leadership. Can WSSDA change? Please reach out to your school board members. Ask them to vote to withdraw your board from WSSDA, unless WSSDA withdraws from the NSBA.  It’s time to work for a return to local control over our school districts.