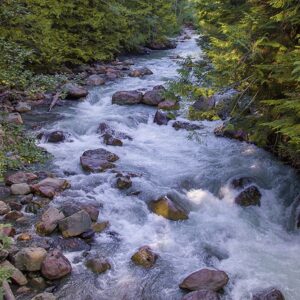 In contrast to adjudication The Whatcom Family farmers submit the following:

Alternatives to Adjudication Provide a Better Path Forward for Our Community

In response to the state Department of Ecology’s ongoing request to the state legislature for funding to begin the process of an adjudication in the Nooksack Basin, Whatcom Family Farmers has sent a letter to the chairs and ranking members of the budget committees in both state legislative chambers. An adjudication does nothing to solve our water resource issues but instead forces our community into a contentious process of litigation.

The Department of Ecology’s claim that their funding request for adjudication is a small request is disingenuous at best – although they are requesting $1 million now, to say that they aren’t asking for significant amounts of money is like saying that a house is cheap because the down payment is small, while ignoring the rest of the mortgage. The actual costs of an adjudication are in the hundreds of millions of dollars. The below letter outlines the types of collaborative processes that have worked elsewhere in Washington State, and which provide a roadmap for a successful resolution of water issues in Whatcom County that doesn’t put a financial strain on our local and state economy.

Whatcom Family Farmers is a non-profit 501 c-5 representing numerous farms and farm supporters in Whatcom County. This includes the Ag Water Board a coalition of Watershed Improvement Districts that represents70% of the agricultural land in Whatcom County . The AWB was part of a coalition of groups expressing concern about the current language in the governor’s budget surrounding the proposed adjudication of water rights in the Nooksack Basin.

Whatcom Family Farmers continues to oppose the funding request for adjudication and asks that you consider the alternative language these groups presented, which would better clarify the critical importance of collaboration

In the AWB’s previous letter on this subject it was noted that Ecology’ s current proposal lacks creativity and courage in forcing all water rights holders into litigation that will takes decades to complete, cost hundreds of millions of dollars for both the state and water rights holders and do nothing to solve our water resource issues. Aggressively funding a comprehensive, collaborative process is the best possible alternative.

Some have asked what a creative and courageous process would look like.  Adjudications are lawsuits – they are not designed to increase in stream flows in priority areas improve habitat, address flooding issues, or maintain rural and agricultural lands. In fact an adjudication would work against all of these objectives.

Here are a few examples of other areas in our state where the stakeholders, with the encouragement of our state leaders, were able to forge a different path:

This Agreement is based on an earlier 1998 Agreement under which irrigation districts with water rights to the Dungeness River in Clallam County agreed to voluntary reduce river diversions in certain circumstances. The Irrigation Districts agreed to limit their collective diversion from the river to a specific maximum quantity, and that the total diversion by all districts would not exceed 50% of the flow of the river at any point during the year. The Agreement was part of an overall effort to improve irrigation efficiencies and implement other instream and out-of-stream water supply projects in the basin.

The Yakima Basin Integrated Plan (YBIP) is a multi -faceted natural resource restoration and water supply plan developed over the past 10 years.

The YBIP was initiated by both tribal and irrigation interests, who agreed that the ongoing adjudication of surface water right in the Yakima Basin would not result in either the environmental, habitat, or water supply objectives sought by either interest.

Key objectives within the YBIP include restoring salmon and steelhead populations from under about  25,000 today to 300,000, conserving up to 170,000 acre feet of water through irrigation system upgrades, protecting 70,000 acres of land in the watershed and many other critical natural resource issues.

While surface water rights have been adjudicated in the Yakima Basin, groundwater rights have not. The ongoing litigation over water rights – without making progress on water supply or other objectives- was a primary factor in the origins of the YBIP. 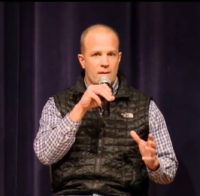