Over 770 jobs will disappear from Cherry Point when Ferndale’s Intalco closes in July.

Both Sen. Ericksen and Rep VanWerven wish to save the jobs at Intalco and Sen. Ericksen has a long history of keeping the Intalco Works open. 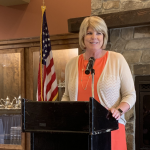 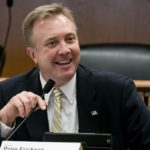 “This is a very difficult time and concerning situation for Whatcom County. My heart goes out to the working families at Intalco, However, this is not over. I’m going to be fighting alongside Sen. Doug Ericksen and other elected officials at all levels of government and will be exhausting all options to keep Intalco open.”  See the full statement here.

Representative Shewmake in an announcement of a townhall for May 4th says:

“The announcement that Alcoa Corporation will close the Intalco Works smelter and cut 700 jobs is absolutely devastating. I’ll be doing everything I can to make sure that Intalco workers have every option possible to continue to work. I’ve already scheduled two digital events to find solutions and will continue these discussions.”

At a Rally; called partisan by the non-partisan mayor of Ferndale; Union Shop Stewards; normally identified with Democratic Party issues; stood beside a Republican Senator and Representative; to talk about the effect of the closure and the work to find ways to keep workers working at the manufacturing facility. No such leadership from the city whose tax collections have profited greatly over the years.  Next we will probably see the Mayor of Ferndale asking for money for City projects from State Taxpayers instead of the being able to generate funding from the cities own tax base.

Not much hope expressed by Democratic partisans in keeping the plant open and in former Democratic Party chair’s Natalie McClendon’s words “it is past time we work together to find diversity in our local economy.

Of Course Democrats discount the huge subsidies given to Boeing, Amazon and Microsoft in B & O tax rates.  The Ferndale Mayor seems to have the same political view.

The Ferndale School District, seems to understand the problem; as they face both local levy cuts in a November election and student allocation money for the district as students whose family members depend on Intalco move out of the area to get better jobs and Ferndale students go with them.

Since China subsidized businesses have created well over 100 smelters in China and there are only 7 left in the US. Are we as the former chair of democratic party infers going to allow China to control Aluminum (a key commodity in defense contracts) in the world the way they have been allowed to control ventilator production; mask production; face shield production; medicine production and on and on because we have shut those industries here. You decide.