Throw in a Phosphorous Flare

In the early morning hours of June 13th; two masked individuals were seen on video breaking the window of the office of Rep Andrew Barkis who represents the 2nd Legislative District from Chehalis WA.

The attempted arson location was also the location of the Republican House Campaign Committee. A not well known office site. It is suspected that only someone well connected to the political scene would know where this

House Campaign Committee was located in the first place.

After breaking the window the perpetrators tossed in a lighted high heat flare in an attempt to burn the place down.
The flare landed on a cement floor inside the building and luckily burned itself out.
This follows shots being fired in front of a Republican’s Member’s home last week.
The head of the House Republicans in Olympia: J.T. Wilcox stated “he was deeply concerned about violent incidents that have occurred around members of the House Republican Caucus”
In response to the attempted arson yesterday Gov. Inslee retweeted Rep Wilcox report and added “Such attempts at violence are abhorrent. We are thankful no one was hurt. Hopefully law enforcement is able to identify these individuals before they inflict any more harm”
You can see by the Video here it will be highly difficult to ID the suspects in this attempted arson case. 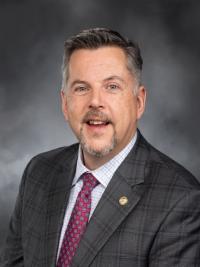