Turned in Ballots lowest in 8 Years

TURN IN YOUR BALLOTS ASAP

(make sure your vote gets Counted)

Ninth Day of Ballot turn in shows lowest rate since 2014:

So far in Northern Whatcom County and the 42nd Legislative District turnout is running well below average as of the Ninth Day of Checking in Ballots.  So far unofficially 31642 ballots have been turned in to the Auditor in preparation for counting on Election Day.  With the Fourth Corner’s unofficial count of Registered Voters in District 42 of 108666 that is a 29.11% Turnout. 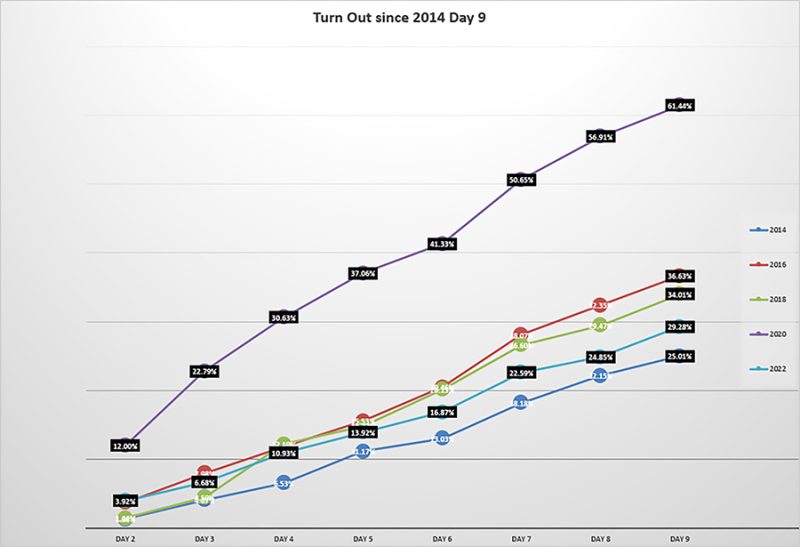 All Areas of Whatcom Counties’ 42nd District show a lack of interest in the election; if Returns are measured by other even year elections…

It is maybe not surprising that the low turnout so far runs from Sumas thru Nooksack and then Everson even Ferndale is lower that the average.

This area, for those that are not aware of the geography, are along or near the Nooksack River that flooded last year.

Get your ballots in the mailbox as soon as possible there was some concern about the USPO during the Primary Election… We understand that has been fixed but their are options:

VOTE YOUR BALLOT AS SOON AS YOU CAN…SEE LOCATIONS ABOVE 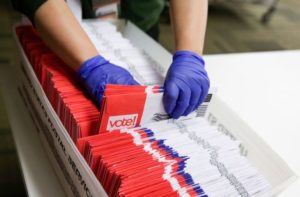 The question to be asked of those who want to hold on to their ballots is :“How long do you want to wait for the ballot counting to be finished AND the outcome to be decided?”

The more legal ballots the Auditor receives after 8:00PM on election night (or during the day) the longer the counting takes and because Veterans day is the Friday of election week; additional counting will only be done on Wednesday and Thursday.  Races will be close and the public would like to know the result as soon as possible and not have to wait over the Veterans Day weekend.

Many people wait until election day and put their ballot in a Post Office box that has already picked up the mail for the day AND their ballot is not postmarked in time.

The ballot will be rejected as “Too Late” and will not count.

In elections where voters wait too long to get their ballot in the “Too Late” list of rejected ballots grows. 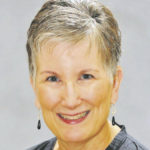 box or deliver the ballot in person to the Court House.

The County auditor has installed what the Fourth Corner calls “witness” cameras at every step of the process of election ballot processing at the County Courthouse.  A watcher can see every process from the comfort of their home!

Or choose what you want to see below.

Watch sorting envelopes into trays in the Auditor’s Vault livestream

Watch opening the ballot in the Election Center livestream