Marlene Dawson is a former Whatcom County Council member who served from 1994-2002.  When Marlene tried to address the lack of ‘tribal 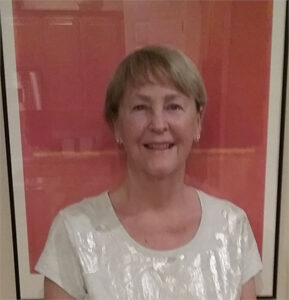 water rights’, the Lummi tribal officials asserted her a racist for her historical positions on tribal issues.  At the same time, the Bellingham Herald asserted her as divisive. Marlene has never ignored continuous individual native property rights, which would hold a senior water right under State regulatory authority.  Marlene has only requested a debate on the facts, something those of the left and our liberal media seem to always avoid.

I. The State of Confusion in Water and Fisheries Resource Management 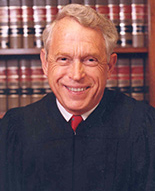 In 2007, Judge Zilly, in the Lummi Peninsula water adjudication Phase I, was reviewing a land tenure report from his podium in the case room. It was a Bureau of Indian Affairs (BIA) report from 1953 pertinent to Indian reservations in Washington State.  It had the potential to tear open the fabric or core of the Judge Boldt fisheries decision which has evolved from the 70’s. Judge Boldt, some may recall, asserted that “Nations, including Indian Nations, have exclusive control over resources within their boundary and the right to 50% of those resources where shared with other Nations outside their boundary. “Is this report true,” Judge Zilly asked, “that in 1953 there were only two acres of federally held land on the Lummi Reservation?”

Before addressing the answer to Judge Zilly’s question, one must understand the importance of federal land title or tenure on reservations.

II. There are generally three types of Indian reservations or Indian settlements.

A. One type are lands never ceded or where Indian title has never been surrendered. [To ‘cede’ is a legal term meaning a legal forfeiture, to give up.] This is aboriginal title and the resources remain exclusively with the land and tribe unless surrendered in a sale. People have referred to these kinds of settlements as Indian Nations.  There are no aboriginal reservations in Washington State.  It was due to faulty pre-court agreement statements which resulted in Judge Boldt applying aboriginal Indian law in the fisheries suit.

B. A second type is: title held by the federal government.  This includes the water rights where the federal government has an obligation to protect those rights for the use and occupancy of their trust tenants.  Indian federal “trust” deeds have been issued for both tribal lands and for individual natives on these type of reservations. The majority of reservations in Washington are trust reservations, including the Colville and Yakima reservations.  The Northwood Casino parcel used to be an individual native parcel that was to be held in trust by the federal government for 25 years.  It was issued back in the late 1800’s.  The Nooksack tribe purchased the parcel from the heirs of the original owner and purports to have placed the parcel into trust so as to build their casino.

C. The third type is a reservation comprised of a community of Indians.  In this case the natives hold title in their own private name, in a type of fee title that is similar to that of the original white settlers and to that which we hold on our residences and businesses today.  The only difference is that the Indian lands could not be sold or liened until the native was declared competent. This ‘competency’ was determined by the Bureau of Indian Affairs where they looked at proficiency in English and one’s ability to support themselves. Being declared competent was important should the native wish to sell or mortgage his land. The Indian patents on these types of lands are called “restricted fee.” It holds the same rights that other fee title holders have where such patents are issued on public lands.  The four reservations created under the Point Elliot treaty are in this category. 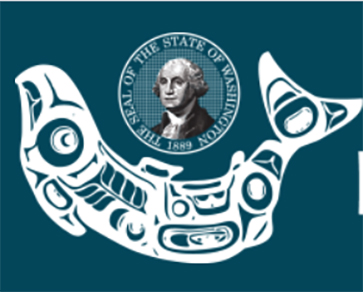 A. Opinions and Additional Information on Point Elliot Treaty Lands

Some claim that, unlike those tribes found in eastern Washington, the twenty-two or so Indian groups that were represented in the Point Elliot treaty lacked any strong chief leadership.  To this end, the annuities or payments associated with the federal acquisition of land under the Point Elliott Treaty, were issued to heads of household, as opposed to any chief who provided for distribution to his members. Treaty payments ended when the purchase price of the ceded lands was completed.

The Point Elliott Treaty was unique in that it states the reservation lands were only for the tribes’ present use and occupation, which left the option open for the tribes to be relocated to a General Reservation. It would make little sense to establish trust title to tribal groups when the potential existed for relocation, so the lands remained public lands. Relocation did not happen with the Point Elliott tribes and bands.

Eventually, the then-President of the United States made the decision to assign the reservation lands to individuals or families.  The procedure for such is outlined in the Omaha Treaty, which is referenced in the Point Elliott Treaty. Congress gave the President this authority to decide on whether to relocate or assign out the reservation lands, per language in the treaty.  After the tribal cession of lands, since the lands had remained “public lands,”as opposed to being withdrawn and placed into federal trust, a few of those land assignment ended up being issued in the form of Donation Claims and Homestead patents to white settlers.  [A “land patent” is the original document transferring ownership of a parcel from the government to an individual.] These federal land assignments to white settlers occurred when an Indian did not stay on his assigned public domain parcel.

One such Donation claim was issued to the white settler John Hedge for 160 acres.  His parcel straddled the Nooksack River.  This fact would refutes Judge Boldt’s recognition of ‘exclusive aboriginal fishing rights’ within the reservation.  It appears that it is for the public domain aspect, as associated with the Point Elliott Treaty lands, that the Indian Claim Commission stated in one of their reports that, “Today, where the Indians associated with the Point Elliott Treaty continue to exist, they do so either as social groups or for business purposes.”

Again, the reason Judge Boldt stated there was an exclusive on-reservation fisheries for all treaty groups was due to faulty pre-court agreements.  The state had improperly agreed that all the associated treaty groups involved in the fisheries case held exclusive title to certain lands.  ‘Exclusive title’ would have meant aboriginal title.  Certainly, if the State had known of John Hedge’s ownership within the reservation boundary, as held on the Nooksack River, they would have corrected the false assertion. It appears reservation categories, as associated with land tenure, was not fully examined. Exclusive or aboriginal title does not exist where treaty language states the tribes cede “all” right, title and interest to the lands occupied by them.  All the treaties in Washington State hold this cession language.

So what happened when Judge Zilly inquired about there being only two acres of federal land on the Lummi Reservation, as addressed in the BIA 1953 land tenure exhibit?  When the federal prosecutor failed to respond, the Judge stated with indignation that, “those two acres were for a school.”  Those school lands, like the rest of the reservation were again public lands, not held by any tribe. In 1953, following the dissemination of the BIA land tenure document, those school lands were given to the Bellingham School District.  Lacking federal title in the land for a tribe, there would be no standing for a federal water rights claim. With no further words from Judge Zilly, the parties all quietly left the room.

Lacking standing for a federal water right, the State was now in a position of strength.  So, what did they do? Immediately following the above explained court session, the State agreed to go into mediation where the State granted the Lummi Indian Business Council the right to control and issue water rights within the historic boundary of the Lummi Reservation.

In conclusion, my experience tells me the State doesn’t appear to be interested in correcting the facts.  Consequently, my preference, where the tribes are concerned, is for litigation over mediation.