Washington Policy Center’s Education Director Liv Finne takes on part of the State of Washington Education Machine.  She points out some of the recent job the School Directors Association has been doing with Critical Race Theory and other distractions from Student Learning. 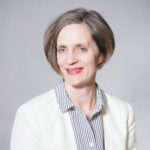 Public school officials consistently say they don’t have enough funding, yet each year they give $3.5 million in public money to one of the largest political lobby operations in the state.  The Washington State School Board Directors Association (WSSDA) uses money taken from local education budgets to lobby state lawmakers and influential local officials across the state.

In its political activity WSSDA often works against the educational interests of parents and students.  For example, the national chapter of the organization, the National School Boards Association, recently called on the FBI to investigate parents who speak out at public meetings under the nation’s domestic terrorism laws.  Clearly their purpose is to try to silence parents who seek to hold local school board members accountable to their communities.

In another example, WSSDA backs state-level efforts to teach Critical Race Theory (CRT) to public school children under SB 5044, the bill signed by Governor Inslee in May.  This harmful and divisive curriculum says that white students are oppressors and that students of other ethnicities are disempowered victims.  Instead of fostering caring and independent minds, CRT pits students against one another, and deprives them of the agency to think for themselves.

WSSDA is at the forefront of promoting CRT training for school board members, as shown here.

In 2012, WSSDA worked hard against the popular ballot initiative to create charter public schools.  Voters passed the measure anyway, and today 4,000 students attend 14 caring and innovative charter schools across the state.  WSSDA continues to work against charter school families, and supports funding inequities that deny learning opportunities to these students.

WSSDA, through its “Educational Equity” program,

Your Comments are welcome.