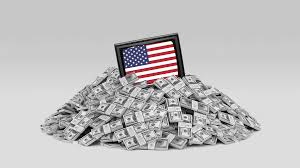 Prop 2: Limiting what police can use as tools for Public Safety Passed by 4185 Votes

Prop 3: Dictating that anyone doing business with the city will be restricted on how they manage relations with their employees Passed by 7995 Votes

Prop 4: Calling for government interference in the management of private business scheduling and payment of employees went down to defeat by 5404 Votes

Council decided to recommend a NO vote on all Propositions

Even though the City Council, on the eve of the election, decided to suggest that voters vote no on these issues, most Council Members were for them but believed they would cause legal problems and be an expensive legal problem. This vote came AFTER they approved each ballot measure for the ballot assigned a pro and con statement organization and spoke out in favor.

HOW BOUT THE MONEY?

People First Bellingham was the group that collected enough signatures to submit the Initiatives to the City Council for their approval to place these items on the ballot.  The Council did eventually call for a NO vote as described above. The PAC was formed on March 18th 2021.  One of the donors is of special note is the Group Health Foundation which gave the PAC $50,000; there homepage says they stand for ” Health. Equity. Our shared future.

The proposition would probably have been damaging to the customers of all these associations; with the threat to price increases and employee shortages and even layoffs Prop 4 could have caused.

It could, basically put business; and specific key employee hour and wage decisions (scheduling power and special wages) under the police powers of the City Council.

Here is the complete Proposition:

Initiative No. 2021-04
Employee Rights for Hourly-Wage Employees and Gig Workers

The figures are in and the pro and con spending on Bellingham Propositions 1 thru 4 turned out to be nearly $300,000.00 or about 10 per vote. 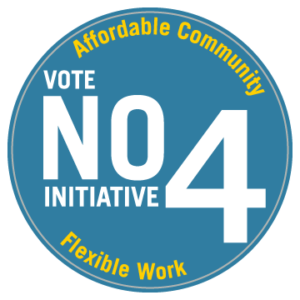 Another Initiative on the ballot was a citywide initiative to lower the number of signatures required for ordinances and the city charter drastically lowered.  Look forward to many more of these Socialist and other initiatives in Bellingham’s future as the required signatures have dropped by half. So to get these four Initiatives on the ballot was approx. 6187 valid voter signatures; that changes now to approx. 3o94 valid voter signatures.