Inslee: On the one hand destroy our dams… on the other hand manage “our fragile grid” 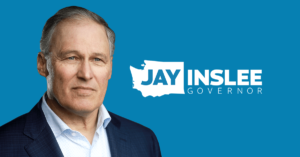 While energy prices are reaching new highs, Governor Inslee is continuing his bipolar and ill-conceived efforts at “transforming” the energy grid in Washington state. On one hand, he appears to support destroying the Snake River dams and removing eight percent of our hydroelectric power. On the other hand, in a campaign email, he predicts a summer of blackouts, death and destruction due to “our fragile energy grid”.

Since it’s obvious that removing eight percent of our green energy production would clearly damage “our fragile energy grid”, one has to wonder if damaging the grid is actually the real goal. Is it a bug, or a feature? 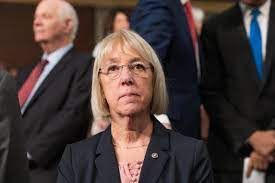 On June 9, Governor Inslee and Senator Patty Murray released a draft report on the benefits of removing the Lower Snake River Dams. This partisan report has extremely vague cost estimates for the project – anywhere from $10 Billion to $27 Billion.  Shift Washington pointed out in its June 9 newsletter that “It is very easy to be skeptical of the random cost figures the highly paid consultants attached to replacing the dams, for nearly every major government construction project far exceeds the costs that were promised to taxpayers.“

In sharp contrast to the report released by Inslee and Murray, the Republican members of the Washington state congressional delegation embraced scientific findings and introduced legislation to protect and enhance the four lower Snake River dams . Representatives Dan Newhouse (WA – 4), Cathy McMorris Rodgers (WA – 5), and Jaime Herrera Beutler (WA – 3) were joined by other Republican U.S. representatives to introduce the Federal Columbia River Power System Certainty Act to maintain and improve the dam system on the Columbia and Snake rivers. 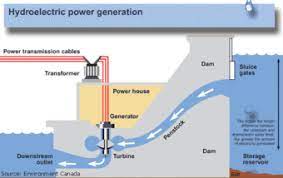 This new act, if approved, “supports the Federal Columbia River Power System (FCRPS) and the many benefits it brings to our region by improving and maintaining hydropower assets, ensuring operations throughout the system are conducted in accordance with the latest federal scientific review, and continuing to allow native salmon to recover at record rates.”

In his statement, Rep. Newhouse said, “In the Pacific Northwest, not only do we depend on this critical infrastructure for clean, renewable and affordable energy, but transportation for 60% of the nation’s wheat. The Snake River Dams are integral to flood control, navigation, irrigation, agriculture, and recreation in central Washington and our region cannot afford to lose them. This legislation utilizes the best available science to further ensure the lower Snake River Dams continue to provide carbon-free, baseload energy while continuing to support fish recovery efforts.”

In an article titled “Snake River Dam Removal Still a Bad Idea”, columnist Andre Stepankowsky provides many valid reasons for working to preserve and enhance the existing system of dams . The price tag is huge and is most likely wildly underestimated. As usual, Democrats love spending your money. This money would be better spent on salmon recovery efforts, efforts to reduce sewage runoff into the Puget Sound, and efforts to reduce predation of salmon by sea lions and other wildlife.

Great improvements in fish passage around the dams have already been made, and the technology continues to improve. In addition, removing the Snake River dams does nothing to help salmon pass the lower Columbia dams nor does it give access to the upper Snake River section blocked by the Hell’s Canyon dams. Obviously, this move to destroy the middle section of a cohesive river management system would be followed with other destructive ideas.

What consequence would there be on the lower Columbia River dams from removing a dam in the middle of the Columbia River system? Would increased and uncontrolled flows weaken and erode the lower dams to the point of unexpected and catastrophic collapse?

Report paid for by YOUR tax dollars – take a look! Make a Comment 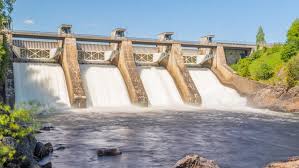 11.  The study is also available as a PDF from Senator Murray’s Office. “Following the public input period, tribal consultation, and other means of engagement, this report will be updated and released in final form.”

Do you have thoughts about the idea of breaching the Lower Snake River Dams? Here’s your opportunity to participate in the process!

Comments on the draft report can be provided through a form on the project website, via email, or by mail. All comments must be submitted by 5 p.m., PST, on July 11. Online comments can be submitted through the project website Lower Snake River Dam Options (bit.ly/3QAyUxO). Emailed comments can be sent to info@lsrdoptions.org with the email subject line “Draft LSRD Benefit Replacement Study.”

Since the project website was intermittently unavailable last weekend, perhaps the governor’s office isn’t too eager to get those public comments. Be sure to send your comments to the email above, and if that doesn’t work, directly to the governor’s office, using this form: https://www.governor.wa.gov/contact/contact/send-gov-inslee-e-message.

It’s time for concerned citizens to speak up for a safe, reliable and hydro-green energy grid in Washington state! 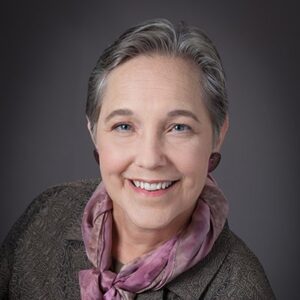 Nancy Churchill is the state committeewoman for the Ferry County Republican Party. She may be reached at DangerousRhetoric@pm.me. The opinions expressed in Dangerous Rhetoric are her own.