More information was published here…. on Dec 19th on the KNKX public radio station web site… and added to the case as Senator Ranker admitted that he had a “brief relationship” with the woman before he hired her as a legislative assistant in 2009. 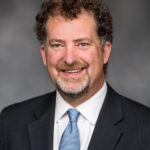 In today’s (January 9th 2019) developments Senator Ranker resigned from his assignment as chair of the Environment and Tourism committee forcing the Majority Democrats to reconfigure their organization of Committees concerning environmental issues at this late date.  The session begins Monday January 14th.

Austin Jenkins a reporter from TVW tweeted the following: that the Democratic State Caucus took action to realign committees after the 40th District Senator Kevin Ranker resigned from his leadership position. 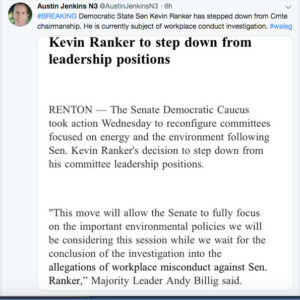 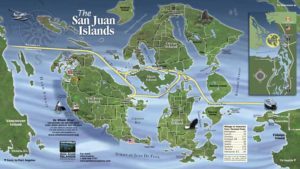 Other issues concerning Senator Ranker in addition to the investigation by the State Senate for possible misconduct; have surfaced through research done by the We the Governed website: 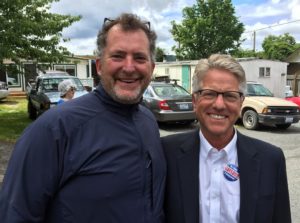 The full We The Governed Story is here…

Tim Eyman’ $30 tab initiative to be on November Ballot!

Meanwhile Tim Eyman has been working hard to get signatures for his tax limiting initiative on the ballot… and as the following story shows has been successful.  Now the battle for a “YES” vote in November begins.