The Fourth Corner questioned a Saturday  Bellingham Herald story that stated that Senator Doug Ericksen was taking a job at the EPA… That story is here. This is a followup to our Saturday Story. 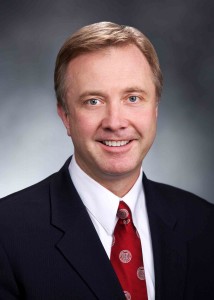 Today, the first day of the legislative session the following press announcement was released.

OLYMPIA – State Sen. Doug Ericksen, R-Ferndale, said Monday he plans to remain in the Washington Legislature – and will not be taking a job with the federal Environmental Protection Agency, contrary to erroneous press reports published Friday and over the weekend.

“President Donald J. Trump is about to finish the most successful first year of any president in the modern era.  One of his good decisions was to appoint Mr. Chris Hladick of Alaska as the Region 10 EPA Administrator.  Mr. Hladick is exceptionally well qualified for the position and will bring common sense leadership back to our federal government.

“As a state senator who has been elected nine times by the people of the 42nd District, I always try to do what is best for my constituents, the state and my family. That is why I have decided to stay in state Senate. It was an honor to serve on President Trump’s transition team at the EPA in 2017. I will continue to work with our federal government to get great things done right here in Washington state.

“Media stories printed last week and over the weekend were inaccurate.

“We face many great challenges this session, including ineffective environmental policies and proposals for energy taxes that would force dramatic increases in the cost of electricity and motor fuel. As lead Republican on the Energy, Environment and Technology committee, I look forward to defending the interests of Washington’s working families. I am proud to continue representing the people of the 42nd Legislative District.”

Ericksen is also introducing a bill to prevent a spike in next year’s property taxes.

OLYMPIA – Sen. Doug Ericksen, R-Ferndale, says the state ought to use an unexpected $1 billion uptick in tax collections to prevent a temporary spike in Washington-state property taxes in 2018.