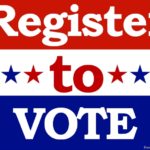 Another Registration bill passed in the Senate by a vote of 29 to 20;  and the House by a vote of 50 to 48.  It covers same day voter registration. It is SSB 6021 located here.  The page showing the digest of the bill and other information is here.

Main Provisions of the Bill as listed on the legislative web page: 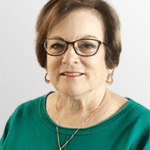 “The Legislative Session in Olympia is now completed and the work begins on how the actions they’ve taken will be implemented.  With regard to election related bills passed, the Secretary of State, with the assistance of the Auditors throughout the state, begin the process of creating the Rules (Washington Administrative Code) that will direct this.  Those deliberations begin today, March 9.  Stay tuned for what those changes will be.”

Examples from the 15 other states that have a form of Same Day Registration  may provide some hints to what we do in Washington State.

The issues as in any Voter Registration are “Proof of Residency” and to “Ensure Security”. 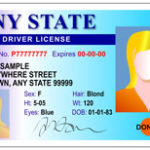 The rules for Proof of Residency have to change… when there were many days before an election Auditors could mail something to the Residence of the prospective voter and check mail returns… with Same Day Registration this no longer works… So people in many states must appear at the Voter Registration point and  show a Photo ID to become registered.

NOTE: Washington is one of the few; or the only State; that will not be allowed to use its Driver’s License to board an aircraft by the TSA , Washington does not require proof of citizenship to obtain a driver’s license.  Yet Driver’s License number is used to Register to Vote and it does not need to be shown.

In most states the ballots of voters whose residency could not be verified by election night are held as “provisional” ballots.  In this case that means that the person’s identity and residency must be verified before their ballot can be counted.  Being Provisional is supposed to allow the Auditors time to check for duplication or inaccurate residency and either qualify or disqualify the ballot.  They will have to check Voter Databases and lists of people who have voted to get this done.

Other States What do they do?

Here is a great link on the problems posed and a great list of the States doing Same Day Registration and how they Verify their ballots.…

The Fourth Corner poses the question: Do you believe that the State of Washington to make it mandatory to show Place of Birth before getting a Driver’s License and getting Registered to Vote.  This Same Day Registration may be another argument for that proposal.