Deputy’s killer in the country illegally.

It was reported this afternoon that the Deputy shot to death in an incident outside Ellensburg Washington was shot by a 29 year old in the United States illegally. Meanwhile the State Legislature is passing legislation making it easier for these non vetted individuals to stay here in Washington State.

From Kiro 7 in Seattle: 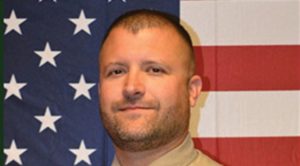 who was living in Ellensburg.

KIRO7 reports that ICE sent them a statement about the killer’s immigration status.

“Juan Manuel Flores Del Toro, a citizen of Mexico, was unlawfully present in the United States. He entered the U.S. on April 11, 2014 through a Laredo, Texas Land Port of Entry on a Temporary Agricultural Worker (H-2A) visa. U.S. Immigration and Customs Enforcement (ICE) has no record of Flores Del Toro leaving the U.S., nor extending his visa after it expired.”

Bills pending on Immigration in the State Legislature.