Rural vs Urban The growth management act after COVID

Editor’s Note: Local writer and volunteer contributor to water issues and The Fourth Corner has a take on our current pandemic. Thanks Molly Crocker. 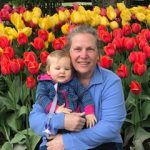 I am blessed with what I believe is a sanctified optimism. I wasn’t able to buy non-perishable foods yesterday when I went shopping, but I’m pretty sure I’ll be able to do that soon. Grocery stores are having a great March!

Why Rural Dwelling is Essential for Everyone

There’s a push to move everyone out of the country and pack us into steel-and-concrete structures with asphalt outside and linoleum inside. The prevailing policy is that all of the country should be returned to the wildlife and maybe the farmers who raise our food, and a few first residents (aka Native Americans). It is as though they are some kind of wildlife that could be observed on an eco-tour.

That’s a very bad idea. But it’s the philosophy behind the Growth Management Act and a larger campaign to demoralize us all. Let me explain.

We’ve seen, since the arrival of COVID-19, that living in close proximity to others is a bad idea. In centuries not long past, when plague or disease came to Europe, those who owned country estates abandoned their city homes and moved to the country until the plague worked its way through the population. Of course, the poorer folk whose only dwelling was a tight tenement in a large city bore the brunt of plague with their lives.

We’ve also seen that cities are largely unnecessary. A great many of us learned how to work from home during the pandemic. There are now large companies looking to downsize their corporate work areas and unload some office space. Who wants to endure commutes any more? We now have the technology to support life away from concentrated population centers. Look at the price of housing in less populated areas. There is now a great deal of interest in owning a place in the country. What is the wisdom behind that?

Us rural dwellers have always known this wisdom, but we’re not always good at telling why rural life is just better. Let’s look at some reasons.

What shop and she-shed owners learn and innovate benefit us all. These are alternatives to big-box stores that are often supplied from distant sources. When those sources become disrupted by disaster or politics, those local manufacturers can help fill in those gaps.

The Growth Management Act of Washington needs to be rescinded. It has been a wonderful tool in the hands of the environmental litigation industry to stop any kind of development anywhere. It has been one of the campaigns by our leaders to demoralize us into believing we should have no children and that humans are bad for the earth.

Humans are not a scourge upon the earth. Humans are the earth’s best, most precious natural resource. Should a disease or a natural disaster threaten a population of wildlife, it won’t be the whales who save the eagles, nor will the tigers cultivate the elephants. Only humans have been commissioned to do that. Only humans will be able to turn the earth into a habitable environment for all.

Instead of jamming us into steel and concrete, our gold standard should be a home on ½ to 3 acres, enough room to grow kids, a shop or she-shed, a garden, a small forest, and a few animals. In Whatcom County we have many homes on 5 to 40 acres, mansions that often hold just a few people. They were built that way because banks often will not lend on a property where the improvements (buildings) are worth less than the property. Subdivision restrictions under the Growth Management Act prevent these idle acres from adding homes. Many are too small to be adequately farmed, or don’t have terrain that could be farmed. These could be made into villages by subdividing those into parcels from ½ to 3 acres, along with the possibility for the accessory dwelling unit for the grandparents and a few duplexes or quad-plexes. There could be space for a community building that could house a school, and space for the occasional retail show for those shop and she-shed owners who have goods to market. If we planned well, those villages could be connected by a trail system that runs along streams and the edges of farms. People could get outdoors without much driving, see and learn to appreciate what farmers do, and enjoy the wildlife we have.

It’s been observed that the best way to turn a Sierra Club member into a true environmentalist is to be sure they have a little property to care for. They quickly realize they need equipment to keep the weeds down and a 6’ fence to keep the deer and bunnies out of the garden. They have to learn to live with the bears and the cougars and teach their kids to be cautious. But they can park their lawn chair out under the trees and watch and listen to the birds instead of a screen somewhere, see the eagles playing in a breeze and screeching out their family disagreements. If they sit still long enough they might spot a bobcat. The song of the coyotes is something to hear! In the spring they’ll learn what temperatures will bring up the spring peepers. In the fall they’ll learn to watch for the geese and swans that overwinter here.

We do NOT need cities any longer. We need to spread out and get our toes into the soil. It really is better out here, and healthier for us all.

About the Author: Molly Crocker