Resign your memberships to Whatcom Business Alliance or Else

The far left forces are not done with Rural Whatcom County, County Businesses, or Farmers.  Even after  their latest victory of downzoning thousands of County land parcels and destroying dreams of independence and good paying jobs at Cherry Point; This San Francisco directed organization now wants a local Business Group (Whatcom Business Alliance) to disband. Check the facts below; you decide: is this yet another non income-taxed entity that is supposed to be a positive force for ALL citizens… that instead is working hard to divide our county and culture not in pursuit of a better community for all but a plan forced on the residents of Rural Whatcom County by power centers that don’t answer to anyone and are not local?

In a stunning letter to members of WBA; local “Stand Earth” operatives Alex Ramel and Matt Krogh demand that WBA members withdraw their membership by June 5th.  Here is the last paragraph:

Please respond and let us know your answer by June 5th.” 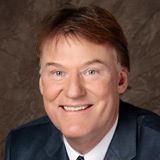 ALSO From the WBA:“Stand.Earth Field Director Alex Ramel and Extreme Oil Campaign Director Matt Krogh are asking WBA members to disassociate themselves from the WBA by June 5th, in order to “avoid being caught up in this growing controversy”…

Bryant Engebretson is a local involved businessman who joined the WBA last year.  He lives in Bellingham and proudly has 24 Solar Panels on his home.  “By every definition this letter from Stand Earth is bullying business people to take an action they don’t wish to take.” He believes this represents a facist threat to the fabric of our community.  “The Stand Earth people are using intimidating tactics toward local business people who have a different vision for a better community than the letter writers have” he said.

1. This letter came from two “unknown” people even with Bryant’s heavy activity in Rotary, Whatcom Hospise, St Joseph’s Hospital Foundation and other organizations. Leaving one to wonder what connection they have to the community; because they don’t seem to be in any volunteer organizations that many business people belong to.

2. After doing some research and finding local board members of the Stand Earth; a board member of Stand Earth claims to not have heard of the intimidating letter thus exposing a leadership problem in Stand Earth.