Reactions to Sec of State resignation 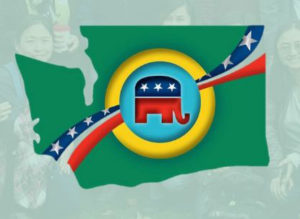 BELLEVUE — The Washington State Republican Party (WSRP) issued the following statement today, in response to the upcoming Secretary of State of Washington vacancy: 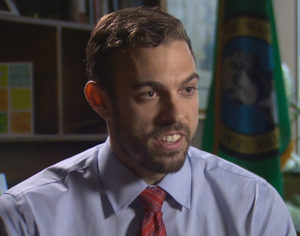 “We thank Secretary of State Wyman for her decades of work in elections and service to the people of Washington State,” said WSRP Chairman Caleb Heimlich.

“Today’s news is disappointing as it is a real loss for the people of Washington State who just last November voted for her to lead our elections. I call on Governor Inslee to listen to the will of the voters and appoint a Republican to serve as Secretary of State until a general election can occur. A Republican has held this position since 1965 and our election system is better off because of those decades of leadership. If Governor Inslee cares about the trust and integrity of our electoral process he should appoint a capable Republican just as the voters did in November of 2020.”

“Kim Wyman is the only statewide Republican elected official in Washington, Oregon, or California … and I think that balance, and having a check, is good for our system of government,” Heimlich said.

He also worries that the integrity of our state’s elections will be compromised if a Democrat is chosen.

“I’m afraid that [Inslee] will appoint some partisan hack who is going to politicize our elections and will not administer them appropriately,” Heimlich said, adding, “I think there are policies and efforts that Democrats could undertake to lessen the accountability and make it easier for people to cheat.”

Specifically, he said he is afraid that people will vote twice.

Wyman has consistently said that Washington’s mail-in voting system is safe and secure, to the point of serving as a model for the rest of the nation. In 2018, the state found only 142 cases of suspected improper voting out of 3.1 million ballots.

“Is it perfect? No. But any process that involves people in voting or counting the balance is going to have mistakes that are made. But are we seeing any kind of evidence of rampant fraud? No, we’re not,” she told KIRO Radio last year.