Races for November election begin to shape up before Filing opens.

Paying attention to elections… Like it or not… they matter

There are several races this year that have taken on a greater importance because of what the COVID virus, the State Legislature and other actions of government have done in our attitudes toward them..

School Board races, the “small town’s” Councils, Port races, as well as the County Council and the City of Bellingham are key to this years elections and should hold interest for voters as well. 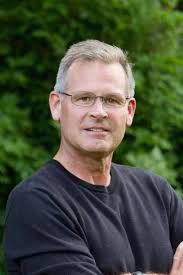 Interesting races are shaping up in the City of Ferndale, where former Mayor Jon Mutchler has filed in the PDC to run for the position 7 held by Maralise Fegan who is backed by The Anti Trump Riveter organization. Incumbent  Ryan O’Larey has also turned in his PDC paperwork to run in Position 5.

Incumbent Port Commissioners Ken Bell and up for election have filed with the PDC.

A bit of musical chairs seems to be the order of the day In the City of Bellingham Wards 2, 4 or 6 are up for election as well as a 2 year term for the At Large position.  Gene Knutson and Pinky Vargas are retiring from the Council leaving the 2nd and 4th Ward as open seats. The at-large incumbent Hollie Huthman is retiring from her position At large to run in the 2nd Ward in Bellingham. And so far Michael Lilliquist has also filed with the PDC.

For example School Board Races:

Bellingham and Lynden School District have no director district resident requirement. In a prospective candidate can live anywhere in the Districts of Lynden and Bellingham and run for any of the positions up for election and are elected by all of the district’s voters.  The other districts; Blaine, Nooksack, Meridian, Ferndale, Mt Baker a prospective candidate must live in one of the director districts (call or look up at Whatcom County elections) but is elected by all of the district’s voters.