The Lynden Tribune published an article in their July 31st edition that included a complaint by the local Democratic Party thru the Public Disclosure commission; the manager of complaints about campaign financing in the state.  The article titled “Dems allege Kershner reporting violations” appears on pages in both the Lynden Tribune and The Ferndale Record Journal print editions, under the Byline of Calvin Bratt. This was 6 days before the Primary election. 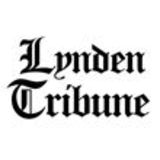 will allow you to see the article as a trial. The Fourth Corner receives a print subscription for both the Tribune and Record Journal.  The article was published before the actual complaint appeared on the Public Disclosure web site.  As far as can be discerned in the article the subject of the complaint; the Chairman of the Whatcom County Republican Party Kathy Kershner was not contacted for comment or allowed to dispute the facts made by the democrats in any way.

Kathy Kershner is running in the new 4th District of the County Council in the Primary against Brad Kelly and Brian Estes. 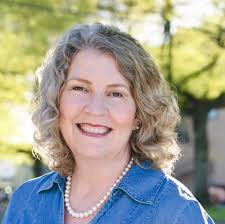 The Fourth Corner received the following Press Release from the Republican Party of Whatcom County in response to this last minute article by the Tribune staff.

The Whatcom County Republican Party was blindsided by an article in the July 31st edition of the Lynden Tribune regarding a Public Disclosure Commission complaint filed against the organization by the Whatcom County Democratic Central Committee.

“I was astounded to open the paper and see the article,” says Kathy Kershner, Whatcom GOP chair and candidate for the Whatcom County Council District 4 seat. “It was the first I had heard of a complaint. Not only had we not received a copy, we weren’t given the courtesy of responding to the allegations before they were printed. It was journalistically irresponsible for the Tribune to report on these allegations in the issue the week before the Primary without an opportunity for the Whatcom GOP to respond. The Tribune’s next issue won’t be published until Wednesday, Aug. 7 – a day after the Primary election.”

Sources also tell us that the Bellingham Herald knew about the complaint but were waiting for the process to move forward before printing a report.

Here is a copy of the PDC Complaint.