Snohomish County 53% of the vote

Republicans picked up 5% more turnout and votes in 2020 than in 2018. (The other side of the news from the Seattle Times)

An article in the Seattle Times the day after the election claimed that: “The results suggest the blue parts of the state are getting bluer, and the red parts redder, with the polarization especially along geographic lines, columnist Danny Westneat writes.”   The results the Fourth Corner analysis show a different result.

For Example: There are 10 Congressional Districts in Washington State. The Three Republican seats in the state did increase their Republican turnout as shown in the chart below. But the Democrats saw a 5% loss in votes and percentage points in this much larger turnout election. 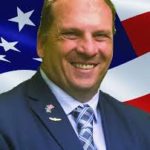 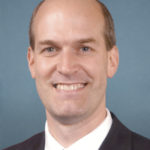 In addition: of the 7 Democrat Seats up for election in the Primary 3 Incumbents failed to get a 50% vote. Indicating a possibility there is a “Left/far left” split around the state in the Democrat Party.  Including right here in The Fourth Corner…  Congressman Rick Larsen of the 2nd Congressional District who had 64.85% in 2018 received only 48.76% of the vote.  Also Republicans picked up a whopping 14% more of the vote; raising their vote total by just under 49,000 votes from 2018!! It will be an uphill battle but the lack of a 50% vote in a formerly solid Democratic District should be of concern to the Democrats.

The same has occurred in the 6th Congressional District (Includes Some voters in Pierce County and most of the Olympic Penninsula). 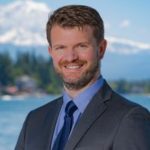 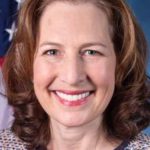 And finally in the 8th Congressional District (Bellevue to Chelan in North Central Washington) the Democrat who won the district vacated by Republican Dave Reichert in 2018; dropped to 43.34%; And overall Republicans total of the vote in the 8th District is at 52% of the vote.  This district is up for grabs and the top Republican on the ticket may have a chance in November to unseat the incumbent.

Is WestNeat from the Seattle Times correct that Blue got Bluer and Red got Redder.  The results show that the State voters turned out in Record Primary numbers to show their support for Republican Candidates in Almost every Congressional District in the State.