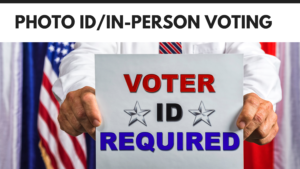 Gerald Hulbert: I am a retired Customs Agriculture Officer and veteran of Navy, Air Guard, and Airforce Reserves (1969-1994). I have worked on several campaigns. I have lived here in Sumas since 1993. 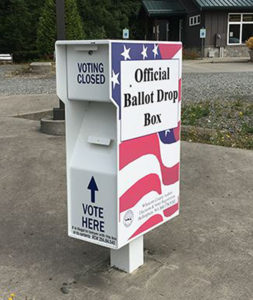 Fraud has been associated with this November election 2020 as official entities engage in the investigations, resolve lawsuits, and seek other legal avenues toward revelation and resolution.  Regardless of the conclusions, however, the voting process needs to redeem its reputation as fair an efficient, consistent, and lawful one!  Attention must be paid to the:

to uncover the current fraud and to review these laws for clarification, explore amendments and revisions!  Otherwise,  a dangerous precedent will now be set and  the voting public may be disenfranchised in future elections!  All suspected and proven fraud must be clarified in order to incorporate improvements and restore the power of the people’s voice in future elections.  All the following constitute part of a standard “Safeguard of Integrity”. This standard needs to be accepted as fair and consistent for all citizen voters regardless of their political persuasion.

With the Eleventh Court of  Appeals recently ruling on the constitutionality of Photo ID in Alabama,  a clear path is now paved toward the constitutional use of Photo ID!  In-Person voting has been an acceptable historic mainstay in the voting process in America. “If it ain’t broke, don’t fix it!”  The process must be re-introduced to verify identity of voters and to match each voter against their corresponding record of registration and political power should not be part of the process!  Photo ID only strengthens the process! The use of software and computer systems can be used to ensure reproducible results and not to manipulate any data. If they are used, however, all programs and machines must now be reviewed before their application to ensure that safeguards of integrity are in place, particularly in areas of higher populations. Any questions regarding their use should direct officials not to use them.  Any solution should benefit every American voter regardless of political persuasion. Unfortunately. a sustained effort must now be made to forever restrict the voting process from being influenced by any political process. I believe that the pandemic could have been easily used to manipulate the voting process through the use of mail-in voting. Mail-in voting has been consistently associated with fraud, especially here in Washington State (e.g. Dino Rossi vs Christine Gregoire governor’s race). Use of the post office in any aspect of the voting process should now also be discouraged. Though much of these are done already, there are some improvements to be made.

The “Standard of Integrity” means returning to the “vote matches registration” format. This recommended process is nothing new except for Photo ID. The recent pandemic and the correct use of mail-in voting must be reconsidered so as to not disenfranchise the American voter from future elections! With the overall success of “tried and true” methods in the election process, newer methods of streamlining the compilation of vote counts are not always the best methods to use unless we continually base and do not change the improvements on this standard “safeguard of integrity”. This process will help to eliminate such ethical issues as dead voters, duplicate voters, felons who vote, illegals who vote, and out-of-state/non-resident voters.  DOL records should not allow illegals to register to vote unless they show hard copies of their citizenship documentation! All voters should review their registration records regularly for any needed updates!

Mail-in voting should not ever again be considered as an option for any future emergencies. Other options should be explored which do not compromise the standard “safeguard of integrity”.  The citizen voters want integrity in this process. If it means a bit more money or personnel to do the job, that is the price we pay for freedom!