Need more information? -Here it is Remember to vote

Following from the NO on Jail Tax The Vera Institute (Hq in New York) Report to Whatcom County recommends numerous alternatives under five main themes:

The Fourth Corner Comment: Democrats do not want this tax increase?

County (and City) Races Are important.

Sad state of affairs for voters in County Council Races.  You can not get information from the County Council Office on who is representing which district in this county as far as the last election… or how Council People were assigned by ADA Karen Frakes and the voters who passed Proposition 9 in the 2015 election.

When I called the County Council offices I was referred to the Auditor’s Office and given the statement that “we respond to that question by saying they are all at-large because they were elected by the whole county”.  The County website also does not list Council Positions (voted on by the people in 2015 and as a result of the 5 district proposition of 2015). 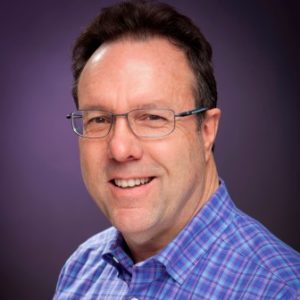 Rudd Browne: Rudd Browne is vying to move from an At-large position to the New First District Rudd Browne is endorsed by the Washington Conservation Voters, Planned Parenthood, and the Democrat Party his other endorsements are here. Phil Morgan: Phil Morgan is running in District one and is endorsed by the Republican Party. His website is here.

Rudd Brown is a retired local businessman who have the endorsement of most if not all of the progressive element in Whatcom County.   Phil Morgan is a retired engineer from Philips and currently stands against Rudd Browne on his Cherry Point Jobs and the Hirst Decision.

There is NO incumbent in District two running at this time. Todd Donovan was elected to the old District 1 position in 2015 and appointed  to the At Large Position after the 2015 election Proposition 9 passage by the voters; and even if he loses he will have two years to serve as the at large position.  This is what politicans call “a free run” the result being even it the candidate loses he or she will continue to serve.

Todd Donovan is a Western Washington University Political Science Professor and is endorsed by Washington Conservation Voters, Planned Parenthood, and the Whatcom Democrats.  A list of endorsements is here.

For anyone of the conservative side this is a tough race to be a part of.  The only conservative running in this district was taken out in the primary.

A voter should try to vote for the person that is closest to what he or she believes government should be but does not necessarily agree with on issures… OR… don’t let the vote in this race keep you from turning in your ballot.

Roxanne Murphy   She is a native of Washington State and  Nooksack Tribal Member Endorsed by the Washington Conservation Voters, Whatcom Democrats and the Sierra Club.  Complete Endorsements Here.

Eric Bostrum-   Life long resident of Whatcom County.  Endorsed by the Republican Party. Here is his facebook page for other endorsements and information.

The liberal/conservative divide is obvious here and you can make your vote count either way by the way you vote.

Jenn Mason  Is Endorsed by Whatcom Democrats, 42nd District Democrats, Lummi Indian Business Council See the whole list here
Teri Hill-McIntyre  Here is her website (she lists no endorsements and sounds like a good option to run for this office

Other Races of import throughout the County