Under Senate Democrat proposal property tax bills will have the largest increase in some time. 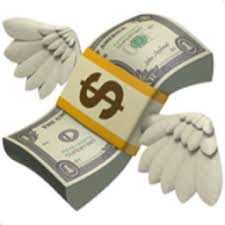 The Democratic Senate Caucus State Budget that was presented today (Feb 19th) does NOT provide any Property Tax Relief… in 2018… to State Tax Payers hit this year by dramatic increases.

Instead the Majority Democrats have proposed a budget that increases education spending by nearly a Billion Dollars over the next 4 years. They have identified 403 million for tax relief in the 2019 budget. Here are their goals and more specifics:

Big Picture: How Well Does it Adhere to 5 Supp. Budget Principles?  Link

Besides using up all of the excess funds collected… the plan sets up a lack of educational funding in the future; here is a snippet from the “Big Picture” report:

“There is concern that with the nearly $1 billion salary infusion for the upcoming school year proposed in the Senate D plan that nearly all districts will have more money in SY 18-19 than in SY 19-20, leading to potential issues in future years.”

Bulk of spending over the 4 years is in these areas:

The above does not include the $403 million of property tax relief, which comes out of the budget stabilization account.(Reserves)

Understanding The Structure of the Budget Proposal

That does not happen in the Democrats proposal as presented in 2018.

Here is the press release on the subject from Sen. Ericksen’s office.