It is easy to see how Marxist Subversion works in the little town of Sequim.  Sequim has a council-manager form of government.  The council sets the policy and the City Manager implements that policy.  Before becoming Interim City Manager, Charisse Deschenes was appointed lead on implementing a program called Government Alliance on Race and Equity (GARE).   At first glance, you 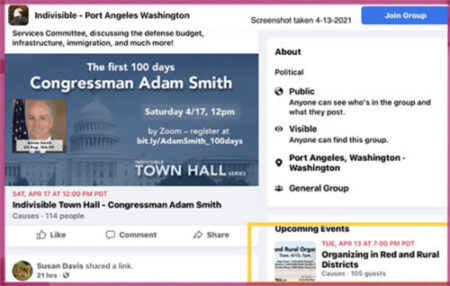 might think this is a government program; it is not.  It is a program to use in re-training government people, like city councils.  The following quote is from an article on CitizenReview.org, a local online news site, “As a result of staff committee meetings and that they “really liked” his type of program, it appears that the City of Sequim is now a member of GARE, at an initial membership fee of $1,000.00.  This has not been discussed by the city council at any of the public meetings, so one wonders how joining this organization was authorized.”  To be clear, this was paid for by the City of Sequim without City Council discussion/approval or public knowledge.

Another quote from the same article, “In reviewing documents attached to previous city council agendas, we learned that GARE is actually spearheading and guiding the “conversations” promoted as being done by “community members and city ‘volunteer’ staff”.  Go here to read the excellent article:  https://citizenreview.org/citizens-question-national-lefist-influence/ Is national organization’s influence calling for ‘deep transformation’ the right direction for City of Sequim?  by Editor | Mar 30, 2021 | Local News, Sequim News & Views.  More information on GARE can be found at:  https://www.racialequityalliance.org/about/who-we-are/.

Seattle City Council Insight’s article, Internal Socialist Alternative documents show it runs Sawant’s office and controls her vote, On 01/07/2019, By Kevin Schofield,  provides a look at how Socialist Alternative has impacted this City Government.  The following quote is from this article, “SCC Insight has obtained a collection of internal documents from Socialist Alternative that were written over the past three years. Those documents provide a unique view into the organization’s internal — and sometimes acrimonious — debates on a wide range of topics, including Bernie Sanders, the Democratic Socialists of America (DSA), the Democratic Party, Donald Trump, the Black Lives Matter movement, its own organizational structure, and Seattle politics. But they also reveal the extent to which Seattle City Councilmember Kshama Sawant, a leading member of the organization, has handed over her Council responsibilities to Socialist Alternative – including how to vote on items before the Council, and even the hiring and firing of government employees working in her office in City Hall. Beyond the fact that she has never disclosed to her constituents in District 3 that she has ceded these duties to Socialist Alternative, having done so likely violates several provisions of the city’s Ethics Code for government officials.”  Ms. Swant’s current term ends in 2023.  To read this article, go here:  https://sccinsight.com/2019/01/07/sa-sawant/.  Socialist Alternative is defined by Wikipedia, “Socialist Alternative (SA) is a Trotskyist political party in the United States. It describes itself as a Marxist organization,[1] a revolutionary party fighting for a socialist world, and says that capitalism cannot be made to work for the working class.”  To learn more about Social Alternative, go to:  https://www.socialistalternative.org/. 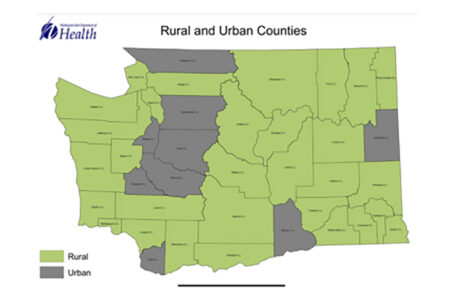 These two examples are close to home for those of us who live in Western Washington.  So, you ask, what does this have to do with the April 13, 2021, screenshot from the facebook page of  Indivisible Port Angeles?  This screenshot has the announcement of an April 13 program about “Organizing in Red and Rural Districts.”  National Indivisible, in 2019, launched a Rural Caucus for rural counties all over the United States.  This is to facilitate ideas and support “organizers” on how to organize spread- out, large areas.  There were 35 states and 200 unique zip codes participating in “#RaucousRuralCalls.”   This program for progressive change is now front and center in Clallam County, one of 30 rural counties in Washington State.  This organizing is simply Marxist subversion of our Country, aimed very pointedly at more conservative areas, like Clallam, like Sequim.

Make no mistake, Marxists Indivisibles want to change the perception of reality and destabilize our local governments and committees.  They have been professionally trained to submerge themselves into every nook and cranny of our governing bodies.  Have you seen that old movie, The Blob?   There is no area too small for them to invade.  They are our neighbors, the people who may have your house key, the person you would call on to help you.  They want to destroy your way of life.  Although called Indivisible, they are divisible.  What I mean is that if you put thumb screws to one, all of them will not scream.

What can we do?  We need not be afraid of hurting our democratic neighbors feelings by speaking to them about this destruction.  After all,  they are the ones allowing this to happen in our neighborhoods, our towns, our local governments, our local committees, etc.  There will be some who are not Marxists, but they do not understand what they vote for when they vote for any democrat.  Be brave.  Be vocal.

Get focused.  Educate yourself.  Get active by engaging these groups or people by identifying them for what they are, the malignant destroyers of our country, destroyers of the American Dream.  Letters, emails, phone calls, social media posts are all good outlets for your activism.  Form small groups within your personal circle to determine the area(s) on which you want to focus.  Get busy immediately.  Don’t wait for someone to tell you what to do.  Two good conservative activist sites are Act for America and Stop Corporate Tyranny.  You can find them here:  https://www.actforamerica.org/, https://www.stopcorporatetyranny.org/.  President Donald Trump has started a SaveAmerica PAC if you have extra money to donate.

On the search for web information on Marxist organizations in Clallam County, WA, I found many sites led to other sites.  It was like a spider’s web.  I have not culled the sites as to subject, location or date; they are listed as they came up during my search.  There are notes beside some of the web addresses.  I am sure there are many more organizations. These groups commonly morph into a different name hoping you will think it a different group.   If you know of an organization which you think ought to be included, come back to this article and make a comment.

Some of the Links: