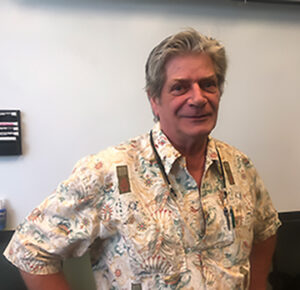 It would seem there are some mis-conceptions in your recent ‘The Gristle’ that could use corrections.  (I’m assuming such were not intended distortions or mis-information.)
https://www.cascadiaweekly.com/cw/currents/primary_to_the_left
1) Don’t assume everyone in Bellingham is Leftists and Regressives.  There are a sizable number still residing there whom are Conservative and “middle of the road” though often they feel outnumbered, intimidated, and in some cases possibly under threat of harm.  Still they are concerned citizens whom will vote, and provide some counter to the majority mobocracy they live next to.

2) Regards that “fairly durable old hippie enclaves in the “East County” (District 3); they 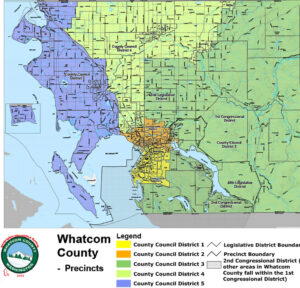 are counter-balanced by other enclaves, especially those of our Ukrainian and Russian communities  whom fled the failures of Leftist Socialism and will be reluctant to see such continue here.  My neighbor from Poland is one example; he was involved in Solidarity back during the 1980s, was a “guest” of the KGB for several months, and once released from prison, was advised to get himself and family out of the country if he didn’t wish to be a “guest” again.  You likely could not print the words he uses to describe our Leftists~Socialists.

3) As an active member in the Whatcom County Republican Party (WCRP) I can assure we have no “enormous campaign war chest” as you distort.  For what it’s worth, the local WCRP is a bit short of having “enormous campaign war chest” and our “staff” is all volunteer, unlike the “rumors” we’ve seen in the financial details of the local “Blue Team” with their paid/compensated staff.
It should go without saying that actual facts and numbers are publicly available via filings with the Public Disclosure Commision (PDC) and I’d challenge you to document your assertions.  I will admit that some candidates may get sizable contributions to their campaigns from sources other than the WCRP, but again, those are matters of record with the PDC.
For that matter, considering the half dozen glossy, color, cardstock flyers in my mailbox prior to the recent primary that came from the Whatcom Democrats in support of their candidates and issues versus none from the Republicans, I’d be inclined to think the “enormous campaign war chest” is in the hands of the local Democrats.  One could also wonder what outside interests (NGO-LLCs, Tribes, Unions, Environmental orgs, etc.) are providing those funds and to what economic stagnation agenda they are operating towards. 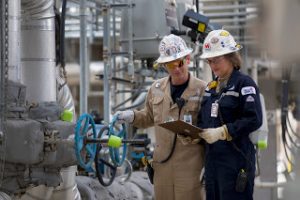 BTW, “rumors” are that the “petroleum industry” in Whatcom County is near the breaking point in dealing with years of County Council “moratoriums” that block essential upgrades and process improvements that provide for better efficiency and environmental protections at the refineries and other industrial concerns.  Without reasonable and co-operative action by local government, this county might loose a majority of those “living wage jobs” when these operations decide it’s better to shut-down and relocate rather than continue to operate with declining productivity.

4) The intended consequences of the Regressive strategy succeeding hold even larger “pernicious” perils to our county and communities.  The Regressive~Democrat agenda and goals offer only more limits upon growth and improvements in this County via added constraints upon personal property rights and use, constricted water rights and access, and policies that will assure economic stagnation, if not decline.
5) Most Conservative candidates I know are willing to meet the public, to campaign, and to answer honest questions on key issues.  What some may be reluctant to engage in are the biased and tilted forums with the loaded gotcha questions of the ; “When did you stop beating your spouse” sort of questions so commonly encountered.  For that matter, I’ve seen a comparable reluctance on the part of the Democratic~Leftist~Regressive candidates to participate in the more objective forums of other non-partisan organizations in this community.
6) The WCRP and local Conservatives are excited to have Kamal Bhachu as one of our candidates.  Many of us are deeply involved in agriculture within the County and greatly appreciate the partnerships we have with the Sikh agriculture community (many of our berry farms are owned by Sikhs) and pleased to support a candidate whom reflects their conservative values.   Kamal will provide a more accurate and broader representation for the Sikh and agriculture parts of our community.
7) Primary results are not always an accurate “dress rehearsal”.  We saw this in 2020 where two Conservative candidates for State offices had significant leads, then loss by significant numbers in November.  As the saying goes, “it ain’t over until the large lady sings” or something to that effect.
8) Regressives strategy might provide ballot dividends to advance their mobocray agenda, but for preservation of our Republic, the WCRP and our candidates are the more effective and clear choice for conserving the land, farms, industry, commerce, and economic growth many of us wish to have here for our children and their children for generations to come.  “Conservative” and “conservation” are more than semantically linked, especially when many wish to see their farms and businesses be passed onto their progeny for posterity, as underscored by our party’s inclusion of Prosperity in our logo, “Life, Liberty, Prosperity”.
G. David Bock