Governor a power unto himself you decide.

There have been questions on the limit of the power of the Governor during this time.

JT Wilcox the minority leader of the State House of Representatives has posted the following on Facebook and seems to state that legal minds say that except for minor items the Governor can continue on this course science or no science, and over 30 days without input of any kind from the legislative branch. 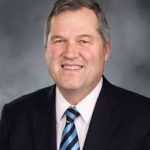 “Last night(April 21 editor) the Governor missed a critical opportunity to explain what metrics and forecasts he’s using and to address the obvious unfair and ineffective parts of his original Stay Home order. He risks a bigger disaster because these failures threaten the mandate of the public that he needs for truly effective orders now and in the future. Because of this we have the potential for a worse Public Health Crisis as more people lose confidence in his orders and at the same time suffer an economic crisis which also hits many in a way that is personally devastating while leaving others untouched. Ultimately the economic crisis threatens our ability to pay for Public Health and other of the most essential government functions. The rejection of his authority started in small towns and rural counties. It is rapidly increasing in the Puget Sound area and all but the largest cities.

People all over Washington who depend on the private sector for their livelihood and for their sense of belonging are generous, but it is too much to expect them to see public construction found essential and private not so. For public spaces to enjoy landscaping service and private citizens doing without…for parks to be open and fishing and hunting and vast stretches of public lands shut tight.

Covid19 is not a hoax and is capable of extracting a deadly price as events in our own nursing homes and other states and countries have shown. Every worker and every citizen deserves for us to take safe steps. For weeks, I and other legislators have pointed these things out to the Governor’s staff, both on and off the record. We’ve gotten little more information than the public has. I’ve supported his original order but insisted starting with his extension call to me weeks ago that these flaws had to be addressed.

The Governor can declare an emergency and issue his Stay Home order himself and this is legal according to the best attorney’s I’ve consulted, but there are some orders that require 4 corner agreement after 30 days. These are mostly minor suspensions of law that help the private sector. Last week I began to objecting to the full 30 day renewal and agreed to some only until May 4. From here on out, I will agree only to extend to May 4 and only after full discussion in caucus.

The Governor may be able to retrieve his mandate, but only by being far more transparent, far more responsive and far more fair. I hope that more segments of local government make their position plain, as is already happening. It is essential that those businesses that can function safely and those recreation opportunities that can be enjoyed safely open immediately and a safe path back quickly for other segments.”