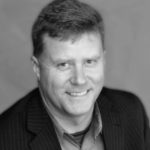 Glen is currently the Executive Director of the Citizens Alliance for Property Rights. Glen Morgan was the Grassroots Director and the Property Rights Director at the Freedom Foundation from 2011 until January 2015. He enjoys creating videos documenting Big Government’s abuses of citizens – particularly on property rights issues.

He is a frequent writer and speaker on property rights, the environmental movement, Big Government, and the importance of citizen activism. In 2014, Bill Whittle called Glen, “The ascended high master of political messaging.” Glen doesn’t consider himself a high master of anything, but he enjoys exploring policy issues in local government and exposing government corruption and incompetence which impacts all of us.

In 2015, Glen was honored with the annual Rodney & Laurel McFarland Award presented by the Citizens Alliance for Property Rights (CAPR) “for exemplary performance in preserving and protecting property rights for the year 2014.”

Glen’s articles have been reproduced in publications ranging from the Heritage Insider to local blog sites. He has also appeared on King5 News, KOMO News, Fox News (Q13), KUOW (NPR), The David Boze show, Todd Herman (Seattle -AM 770)and a variety of other television and radio programs. He frequently testifies on property rights issues at local government hearings and at the Washington State Legislature.  Glen is also known for writing opposition statements in the official voter’s guide for voter-approved tax increases. Recently, Glen has also been involved in attempting to address campaign finance reforms to make the process easier and simpler for beginners to be involved in the process.

Glen is also an investigative citizen journalist who frequently meets with anonymous whistleblowers from various state agencies, local governments, and political parties who want to expose wrongdoing where they work.

As a former elected School Director in the Rochester School District from 2011 to 2015, Glen has also been involved in his local community.  He is also a current board member of the Thurston County Farm Bureau, and has served on the State Policy Board for the Washington State Farm Bureau.    Glen was a candidate for the Thurston County Assessor’s office in 2010, when he received 48% of the vote.  Glen was the Project Manager for Stop Taking Our Property (S.T.O.P.) Thurston County, a Freedom Foundation project, and he is always engaged in various policy and advocacy issues throughout Washington State.

As a fifth generation Washingtonian, Glen’s roots run deep in Washington State. His great-great grandmother helped start the Pike Place Market,  where multiple generations sold flowers in Seattle for many years. His great-Uncle Ed Dalby installed the first power-generating waterwheel in Union, WA in the early 1920s. Glen’s father helped found the City of Newcastle, and his father served as a City Councilman in that city for years.  After graduating from college with a BA in political science from Columbia College in New York City, Glen returned home and worked for small start-up companies and local manufacturing businesses.  He currently lives on a small tree farm in Thurston County with his wife and their four children.