On or about September 6, 2018, Bellingham City Councilmember and 42nd  District State Senate candidate Pinky Vargas posted a photo onto Facebook which clearly violates RCW 42.52.180, which states, in part, “No state officer or state employee may use or authorize the use of facilities of an agency, directly or indirectly, for the purpose of assisting a campaign for election of a person to an office or for the promotion of or opposition to a ballot proposition.”

The clearly posed photo is of Ms Vargas and eight City of Bellingham employees who work for the city’s fire department. The purported purpose of the photo and post was to announce the endorsement of Ms Vargas by the firefighter’s union. While they are not in uniform, two city employees are holding their helmets. The most egregious violation is that, in the background, the city employees parked two fire trucks and an ambulance in front of the fire station. This display of government property is being utilized to enhance the photo and blurs the line between “official” endorsement and “union” endorsement.

I have attached a screenshot of the Facebook post, which was from on or about September 6, 2018. I have attached two additional photos, taken on September 7, 2018 and September 10, 2018. It is notable that the first photo was taken just one day after Ms Vargas’ Facebook post,and both photos show that the fire trucks and ambulance are regularly parked inside the fire station. Obviously, the City of Bellingham employees pulled the vehicles outside and utilized city property to stage the photo.

This is not only a violation of state law, but it is clearly unethical behavior by both Ms Vargas and the government employees.  As a City Councilmember, Ms Vargas clearly knows the law and consciously decided to disregard ethical considerations in an effort to sway voters in the State Senate elections. The union members also knew they were in violation, as complaints against such behavior have been filed by citizens on numerous occasions in the past. 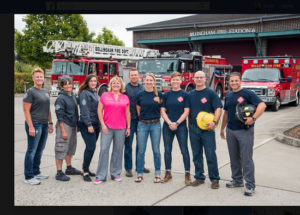 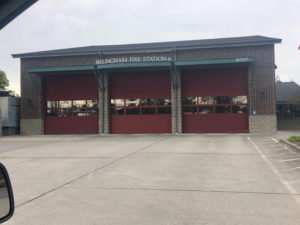 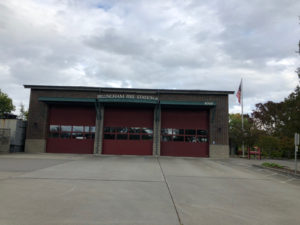