Freedom of Speech:Facebook cuts off Political Ads in Washington State (for some)

Facebook will not allow any discussion of politics or election to be advertised by the publisher of a post. MAYBE read on Washington State has been singled out by Facebook for special treatment and in Facebooks rules about ads:  10.a Ads About Social Issues, Elections or Politics they state:

“Ads must not run in or be targeted at the state of Washington when the ads relate to Washington’s state or local elected officials, candidates, elections or ballot initiatives.

The full text of the Facebook Rule is here.

An ad can be run from any sight other than those now defined by Facebook as concerning politics. The Fourth Corner received the following denial of an ad in December 2018: 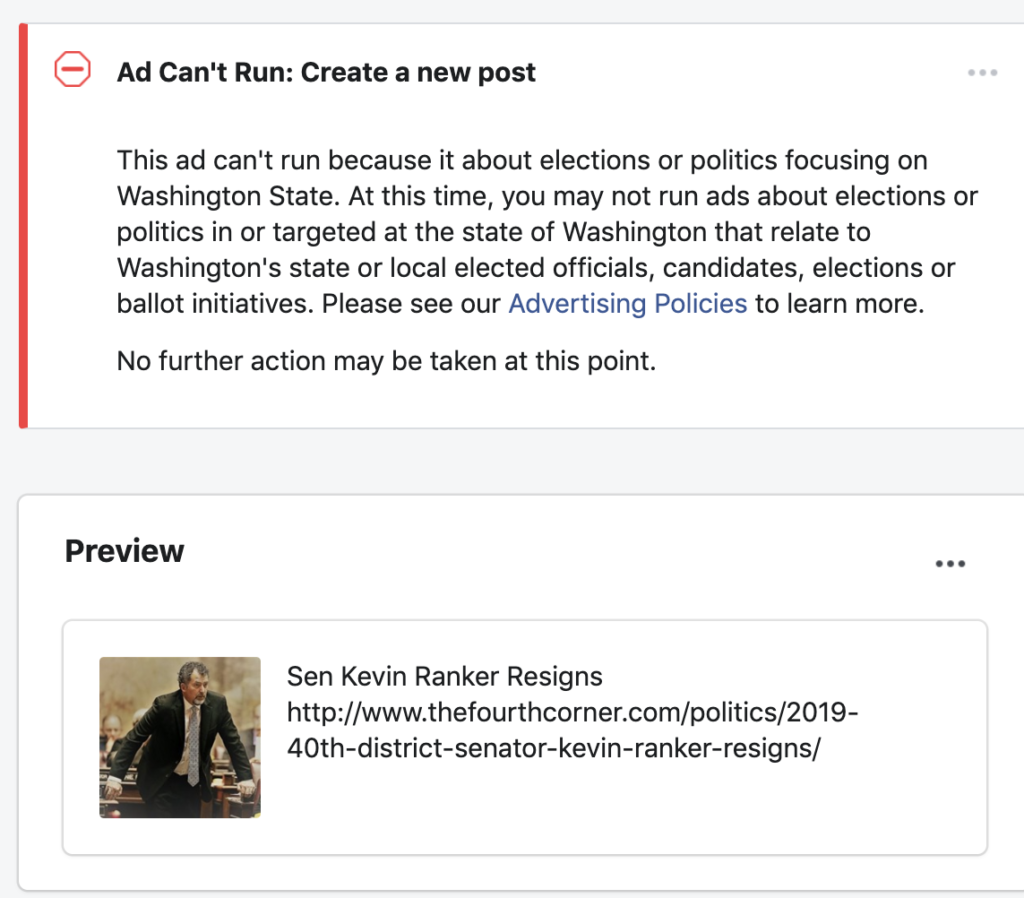 Facebook has the right to make their own corporate rules but:

It is true that Facebook can create and enforce any rules they wish. They are a private corporation.

The Fourth Corner has found that Facebook did not and does not apply the rule to everyone equally and creates the impression they favor one side over the other.

For example, conservative facebook accounts in Whatcom County were cut off from advertising in December of 2018.  The Fourth Corner seems to have been included because they cover politics NOT because they campaign for anyone.

The Fourth Corner has found that the WEA (Washington Education Association), the State Teacher’s Union, was allowed (by Facebook) to run ads for increased tax legislation during the last legislative session asking members to contact their legislators (lobbying and campaigning) for a yes vote.  The Ad was run during the height of the legislation in April 2018.  The results of the Ad and the Ad are posted here. You can see the dates as March 2019 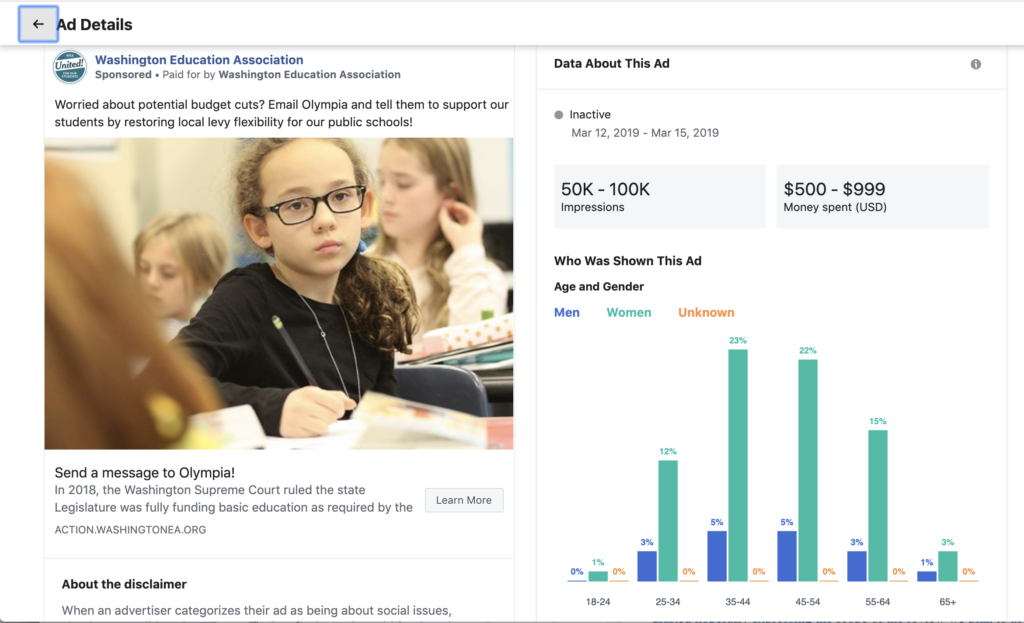 Other sources also show Facebook is not applying rules fairly:

A non-conservative publication is also concerned about Facebook actions.