Senators call for the resignation of Gov Inslee…

As thousands are fired under Inslee decree, Senate Freedom Caucus calls on governor to resign

OLYMPIA – As thousands of state employees get pink slips under Washington Gov. Jay Inslee’s “get vaccinated or get fired” mandate, members of the Senate’s Freedom Caucus are calling on the governor to resign.

The mass firings Monday of state employees and others who balked at the governor’s COVID-19 vaccination order already are creating a crisis in state government, as state agencies struggle to provide services under an Inslee-created staff shortage. The number of terminations was not available Tuesday morning, but press accounts indicate thousands got the ax at the end of their shifts Monday.

“This mass-termination event is the straw that breaks the camel’s back,” said Sen. Doug Ericksen, R-Ferndale. 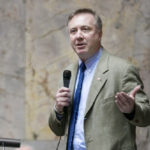 “Never have we witnessed a failure of leadership in this state as we have seen under Gov. Jay Inslee. For nearly 600 days, he has used COVID emergency powers to establish autocratic rule, refusing to call the Legislature into special session, and shutting the people out.

“Inslee has done significant damage to the credibility of state government and has eroded the public’s trust. Now he is firing thousands of public employees, without regard to the harm it will cause. This effort to punish can only be seen as the willful act of a failed governor. Inslee has failed miserably. We don’t take this lightly. But the only thing that can allow our state to heal and move forward is for Jay Inslee to resign.”

Inslee has been operating under COVID emergency authority since Feb. 29, 2020, allowing him to suspend state laws and issue sweeping executive orders. His authority was extended indefinitely by the Legislature in January under a controversial measure supported by most Democrats and opposed by all Republicans. Thursday will mark the 600th day of the longest-running emergency in state history.

The result, Freedom Caucus members say, is a nightmare for the state and a challenge to the democratic principles outlined by the state constitution. They observe: 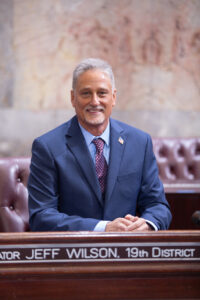 “We objected on principle in January when our colleagues voted to give Inslee emergency powers for as long as he wants them,” said Sen. Jeff Wilson, R-Longview. “But I don’t think any of us realized it would come to this, and I think many in the state Legislature are having second thoughts today. Other states are requiring vaccinations, but none of them have taken it to the level of mass terminations. When one person makes all the decisions, there can be no question who is at fault.”

“The governor and Democratic legislators have increased health risks and jeopardized public safety, while Inslee pats himself on the back as being the only person who can

save us from COVID,” said Sen. Phil Fortunato, R-Auburn.  “He has been a boon to other states seeking to reduce their staffing shortages.  Nebraska is actively recruiting our nurses, reducing our available staffed hospital beds.  Orange County in Florida is targeting King County and Seattle police who are ‘looking to relocate due to the vaccine mandate’. While other states have issued guidance and are dealing with the problems COVID has created, it seems COVID is a crisis only in Washington, much of it created by Inslee’s heavy-handed actions.”

“Inslee isn’t responding to a crisis,” said Sen. Jim McCune, R-Graham. “He’s creating one. He sees this as a golden

opportunity to sweep out public employees and others who object to his high-handed rule. And he doesn’t care what a mess he makes in the process. There are many who have serious and well-founded objections to vaccination, and they could have been accommodated as they have been in other states. This is a disgrace. State employees don’t deserve pink slips. The governor does.”

having a devastating impact on working families. There are dedicated public servants who have worked for state government who will lose their ability to pay their mortgage or provide food for their family. Others are just a few years or months away from vesting in their retirement plans. Some have received medical advice from their personal doctors that they must now ignore in order to keep a job they love. This is wrong.”