The education system is doing its best to be “Equity” sensitive and getting volunteers and actually hiring “Equity personnel” with little real background checking or due diligence of the applicants.

The First one we ran across was a volunteer in the Tahoma School District.

This from a 770 KTTH story by Jason Rantz… The following from his article:

A local school district’s equity team leader is no longer in her role after parents discovered her racist and vulgar TikTok videos. But the school has known about her conduct for months. 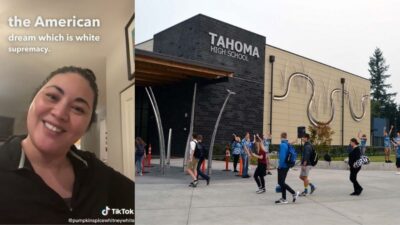 colonizers” and explains she wants to make them uncomfortable. Though she threatens people with physical violence in some videos, she also says, “there is no safe place for BIPOC (Black and Indigenous People of Color) to exist when whiteness is present.” She also claims that the “American dream is white supremacy.”

And as she and the district part ways, Busch still has the support of a Maple Valley school board candidate. She was the campaign manager up until this controversy earned too much traction.

Hateful, racist videos from an activist committed to equity Read the Rest of the Story Here.

An outrageous local Whatcom County story was ignored by corporate media sources but researched and reported by an independent journalist for Ferndale News.

The bizarre discovery of a double-crossing “Director of Equity and Inclusion” for Ferndale School District and simultaneous Ellensburg city council candidate is a cautionary tale of what can happen when schools chase after the latest shiny object. And fail to perform due diligence at their highest levels.

Flush with state and federal dollars (and, of course, local Ferndale tax dollars), Ferndale School District decided to follow the national trend of hiring a so-called ‘diversity officer’ for their K-12 schools. In August, Ellensburg resident Barbara Robles was hired for the position of Director of Equity and Inclusion with a contract amounting to well over $100,000. Her job, in part, was to promote the divisive critical race theory (CRT). Critical race theory is a controversial academic movement where students are categorized into different groups, oppressed or oppressor and then treated differently depending on which group a student is placed in.

Well, it turns out the new Ferndale School District hire was simultaneously campaigning and accepting contributions for a seat on the Ellensburg city council. 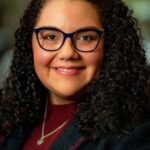 Here is the timeline of the rise and fall of Barbara Robles:

Certainly, Barbara Robles should answer for her deceitfulness to the community of Ferndale (she now calls Ferndale her home), but it also begs the question, how could the Ferndale school district have missed this critical information which was easily discovered with the most elementary due diligence. This breach of faith is a sad and costly disservice to Ferndale taxpayers and residents.