Executive Satpal Sidhu’s published statement on the violence in Washington DC on Jan 6th brought comments from Fourth Corner Readers.  Here is Dave Avis of Whatcom County he summarized what many responses were to the phrase that said Quote:

“It is the result of many years of poisonous rhetoric from a small minority of extremists on the far right.” in the first paragraph… The full Statement by the County Executive is here. 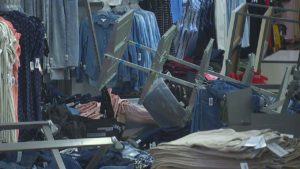 Answer to Satpal Sidhu,
“It is the result of many years of poisonous rhetoric from a small minority of extremists on the far right.” Nonsense.

WHERE WAS THE OUTRAGE?!”

AND  also from Whatcom County

The following was my reply to Satpal.

Ever since the terrible event at the Capital on Wednesday the 6th, I have seen and heard almost every politician on both sides, and every media personality, and every media outlet describe the events of that day as an “insurrection”. They are also quick to pile on with the absurd opinion that Trump instigated this riot after repeatedly calling for “law and order” and “following the Constitution”.

I witnessed his speech when he gave it and there was not ONE particle of incitement to riot in any of that presentation.

This, after months of riots, pillaging, raping and murder by self-proclaimed Marxists that was euphemistically referred to in the media and by politicians as “mostly peaceful demonstrations”.

Where were the statements from folks like Pelosi, Schumer, Harris, and Biden calling for a stop to the destruction? In fact, Harris, when asked about the riots, said she thought there was nothing wrong with “frustrated” folks setting society on fire.

When President Trump coined the term “Fake News”, he was being kind.

I call this and what we saw and heard all four years of the Trump administration, “Evil Propaganda”.