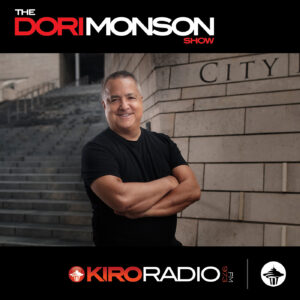 Listen to the Dori Monson Show weekday afternoons from noon – 3 p.m. on KIRO Radio, 97.3 FM. Subscribe to the podcast here.  You can go to the article here…

The Dori Monson show (picked up on a two minute KOMO video  THIS IS NOT A DIRECT LINK and you will need to scroll down to:“WHAT’S AT STAKE ON ELECTION DAY “)

The KOMO reporter interviewed a newly registered voter who claimed to have moved to Washington from New York City to vote in the election just three days before.

All persons of the age of eighteen years or over who are citizens of the United States and who have lived in the state, county, and precinct thirty days immediately preceding the election at which they offer to vote, except those disqualified by Article VI, section 3 of this Constitution, shall be entitled to vote at all elections.

When a voter registers to vote, they sign an oath that says they have been a resident at their address for at least 30 days before election day. “There is a challenge process that can be initiated by any registered voter if they believe that the voter is not eligible to cast a ballot due to address, age, or not meeting the other requirements laid out in state law. Challenging a voter’s registration and ability to cast a ballot requires a process and actual evidence that the voter didn’t establish their residence earlier than their casual comment implied.

We (the elections office) cannot assume to know a voter’s full residential history or story based on one sentence in a news story. If anyone has more information they can provide to meaningfully challenge this voter’s registration, we will be happy to investigate.

Editor’s of the Fourth Corner’s  Opinion

The citizen must do the investigation: that in and of itself probably precludes any “Widespread” detection of anything let alone fraud. The time and effort it takes to file one fraud complaint can be illustrated by the forms  used to file a voter complaint.  Here are the forms…

Since the investigation process is so onerous it happens very infrequently.  Because of the time involved in gathering data and filing the forms with the appropriate office in the appropriate county the ballot; an illegal or fraudulent ballot will most likely be counted in the race for which it was voted…

The Fourth Corner asked a County official a what if question:  We asked: what if I had 500 friends from another district move to my home grounds for 72 hours during election; had them change their address temporarily; print their ballot, and vote and turn in their ballot; would there be anything to be done by this official to detect or prevent this highly fraudulent activity?  They answered that they would not be able to stop the activity.

In addition; upon receipt and acceptance of the ballot; the ballot would be separated from the envelop with the voter signature and thus fraud could not be tracked, no matter what the audit method was.

Registered voters and county prosecuting attorneys may file a voter registration challenge. A challenge must be based on the challenger’s personal knowledge.

Submit a completed challenge form, and supporting documentation, to the Whatcom County Elections. Determination of the challenge is based entirely on evidence provided.

The big lie you decide…

“There is not and has not been any credible evidence of significant fraud in the 2020 election“. Washington Post

“The Times Called Officials in Every State: No Evidence of Voter Fraud.” NY Times

The claim of No evidence for Fraud also is a basis in stories at the Bellingham Herald.

So to this observer the statements made by media are inane comments concerning the facts because they only disclose a superficial layer of the real truth.  The real truth being that no one looks for true widespread fraud; public officials or citizens; and even if fraud were found it would have little if any effect on outcomes.