I would like to talk about sensible gun laws. Today Mathew McConaughey addressed this very issue to our Federal lawmakers asking them to honor their moral obligations instead of party affiliations. We all want gun laws that make sense and will make it very difficult for sick people to obtain military style assault weapons.

The current laws are putting the responsible gun owners in a very very bad light.

This is not about 2nd amendment

This is not about taking guns away from people,

This is not about asking people not to have safety measures for themselves or their families.

Congress must appreciate the difference between gun control” and “gun responsibility” in the wake of the gruesome mass shooting over the past two decades.

I as an elected official have taken an oath to defend the United States Constitution. 2nd Amendment is part of the US Constitution, and I respect that.

We all know that overwhelming majorities of all citizens (Republicans, or Independents or Democrats – 89%) support sensible gun control laws to severely restrict mentally ill people to buy or obtain guns by any means; and,

I feel myself and the Council members as elected officials have an obligation to speak up for the safety of our children and against senseless violence in our society. This is not freedom we love this is anarchy

I don’t think our founding fathers had such a scenario in their mind stating simple terms of “right to bear arms” and “well-regulated militia”.

We must hold every citizen to display and uphold the underlying responsibilities of owning a gun. And such intent must be honored today by all lawmakers at local State and Federal Levels to enact sensible gun control laws.

I intend to bring a resolution to this effect in front of Council in coming weeks. 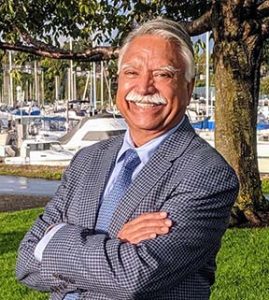 Sat Pal has been