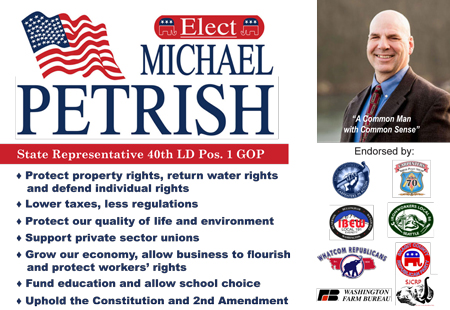 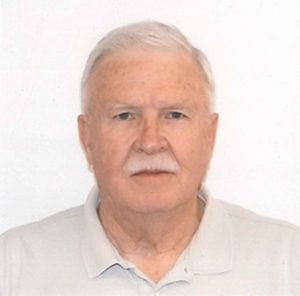 A decision was reached by the Washington State Conservation Board July 19th on the Whatcom County Conservation District’s election that was held March 13th of this year.  Alan Chapman replaced Larry Helm on the Board July 19th.  There had been several complaints about election numbers and procedures and the State Board staff was brought in to investigate.  A close reading of the information given to the board by State Conservation Election Officer Bill Eller, shows that some processes and communication in election policies may need some attention.

Who is Alan Chapman… His Campaign Statement Here.

Here is the summary of the Report:

“Several complaints were submitted to the State Conservation Commission (SCC) regarding the conduct of the recent Whatcom Conservation District (WCD) election. SCC staff have completed the investigation into the complaints and have concluded the issues presented before, during, and after the WCD election do not rise to the level of significant noncompliance with election procedures necessary to invalidate the election.”

Here is the 37 page Report to the commission quoted above.

Three Points in the Report Stand Out:

1. The Executive Director of The Whatcom County Conservation District George Boggs wrote an e-mail to potential absentee voters apologizing for a candidate’s legal use of documents obtained through the Public Records Request 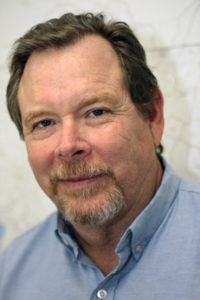 Act.  The State Staff Report to the state commission states that the local Conservation District lawfully fulfilled the PR request… Mr Boggs email seems to infer that some of the records should not have been disclosed or used in campaign mailing.

A voter complained that the apology was in fact Mr Boggs campaigning.

See page 11 of the report.  You decide but it seems a bit odd that the Conservation District would feel compelled to apologize for lawfully sending records to a constituent and even further the constituent using the information lawfully. 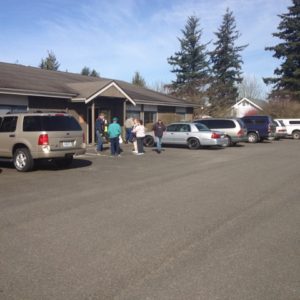 “Absentee ballots were available for request up until the request deadline of February 7, 2018 at 4:00 pm. Staff tried to accommodate requests made after the deadline by sending out absentee ballots after the deadline if there was still enough time for the ballots to be mailed to the requestor and returned by the requestor to WCD. However, the closer a request came to election day on March 13, the likelihood that staff were able to process such a request decreased until it ceased altogether and the only recourse for a requestor was to come to the poll site and vote in person on election day.”

It seems the staff is deciding who will receive a ballot because they are aware of how long the mail may take?!!  This would put staff in a position to decide who should and should not get absentee ballots.  Somehow this needs to be changed.  For example my wife and I had decided we would go to the Office to vote live on March 13th .  But after February 7th she was called away out of state to be with her sick relative… I did not know that the deadline was so flexible at the time or it might have been possible to send her a ballot… by the time we knew of the flexible deadline it was too late and my wife was disenfranchised in this election.

3. There is provision in state law for any entity covered by normal election procedures to have a recount.  Not so in the case of the Conservation District Elections.  From the Report.

“There is no provision in the election procedures allowing for the recount of a conservation district election.”

The Fourth Corner hopes that the State and local Conservation Organizations will consider reforming these items with the view in mind that their goal should be the enfranchisement of as many voters as possible and to create an attitude that fosters voting in the election.

Related Stories below recommendations at bottom of issue.

Secretary of State Wyman on the Saturday Morning Liberty Road Show 8:00AM Tune In. Are the Russians really coming?  Also in Studio Rep Vince Buys on status of Hirst from his Perspective

Secretary Kim Wyman and Rep Vince Buys will make for a quick hour show Saturday Morning at 8:00AM on KGMI listen in and be informed about Liberty.

Kim Wyman and Charlie Crabtree will talk about the election and what goes on at the state level to protect our ballot and how the new legislation passed this Spring will be instituted.

Rep Vince Buys and Charlie Crabtree will have a conversation about how the Legislation on the Hirst Decision is being implemented and how the future of that implementation can affect local residents.

drop your ballots at a drop box until Tuesday at 8:00PM.

Have questions about Fourth Corner Selections?: e-mail me at charlie@thefourthcorner.com

There are eighteen Drop Box Locations for your Ballots located here