Cherry Point Jobs will they stay or will they go?

Another County Council emergency moratorium passed in July making it three years of inaction by the Council to give certainty how to do business in major manufacturing in Whatcom County… Jobs held in limbo.

WHEREAS, the Whatcom County Council adopted interim measures on

prohibiting the filing, acceptance, and processing of new applications for conversion of land or water, new building or structure permits, or other County permits or authorizations in the Cherry Point Urban Growth Area for new or expanded facilities whose purpose is to facilitate the increased shipment of unrefined fossil fuels not to be processed or consumed at Cherry Point, unless the applications:…

Want the unvarnished Cherry Point side?? 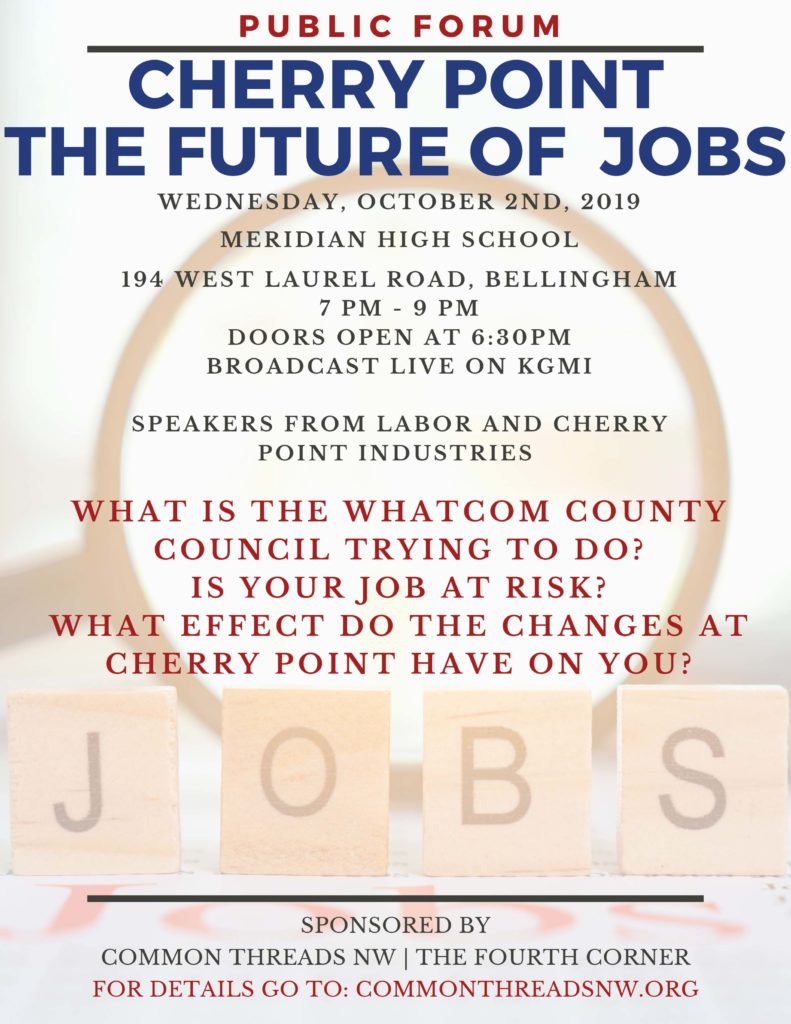 Whatcom County’s only designated heavy industrial zone, Cherry Point, faces challenges from political activists and local elected officials.  Moratoriums, excessive regulation, and misinformation directly threaten our best employers.  Political “activists” seek to close the refineries over climate change fears. The loss of these companies, by any economic measure, would be devastating to the County, and not help the climate. 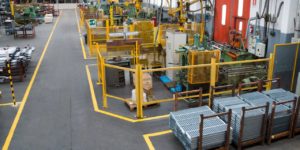 Contrary to activists’ claims, these industries are heavily regulated and clean operations.  They work toward emission reductions and invest in renewable fuels.  Ironically, Washington refineries are the largest funders of environmental protection/clean up in the State through taxes and charitable donations.

Economists project global energy demand to increase until more efficient and reliable renewable energy sources are developed.  Activists won’t tell you this, but solar and wind cannot meet the demand.  To meet demand, energy companies must compete in global markets.

However, our County Council approved moratoriums restricting local energy companies’ ability to export, expand and compete in global markets.  Some council members are proposing changes to the County Comprehensive Plan that codify restrictions, even limiting upgrades that improve efficiencies.  According to Phillips 66, proposed changes hamper a plan to build a renewable bio-fuel plant.

Cherry Point energy industries are the highest paying employers in the County.  Average salaries are over $110,000yr, compared to about $47,000yr for the County, an important part of Whatcom’s economy.  They are the largest tax contributors to local schools, infrastructure, and services. 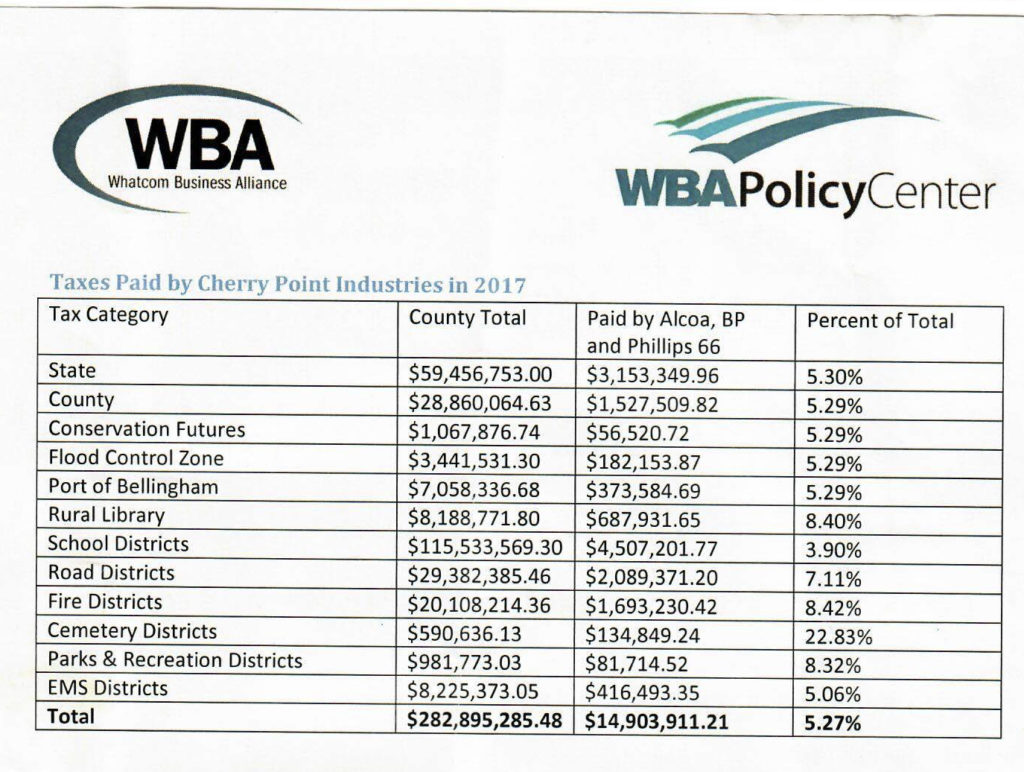 is not a solution.  They pay family wages, taxes that protect the environment, fund schools, pave roads and support the disadvantaged.  Losing these jobs will hurt people.