“Burn them down” Civil Liberties Leader in British Columbia Fired

From the original report…The burning of Catholic churches on First Nation Reserves in British Columbia elsewhere over the past week continues unabated. More reports are coming in every day.

Who are the public advocates of this destruction ? The ones that make such criminal behaviour excusable?

Here is the rest of the article on Burning Churches in Canada for background. 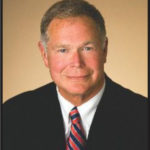 Harsha Walia has been fired as Executive Director of the B.C. Civil Liberties Association.  This comes one week after her “Burn them all down” tweet regarding church burnings  was highlighted in print and social media, including The Fourth Corner.

As previously stated, Walia was, “a cancer on the BCCLA and needed to be excised as quickly as possible, before her poisonous rhetoric metastasizes and brings down the whole organization”

Apparently the B.C. Civil Liberties Association got the message.

In a “Letter from the Board President to the Community”, the BCCLA Board of Directors circled the wagons and published a long-winded slab of liberal boilerplate about the “misunderstanding” surrounding Ms. Walia’s statement.  The entire letter is reproduced in the above link. 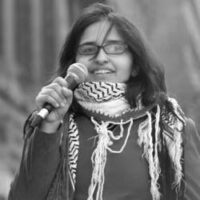 But it should be noted that not once in the letter is Ms. Walia mentioned by name, nor her statement about church burnings.  This is, as I stated one week ago, standard procedure for non-profits and governments that get caught up in their own hypocrisies.

Some social media apologists have written that the funding for Ms. Walia’s job and the BCCLA itself is from private sources and contributions with no connection to the taxpayers of British Columbia.  This is countered by their own statement that “The BCCLA acknowledges the financial assistance of The Law Foundation of BC and the Province of British Columbia”.

The truth is that the 1.2 million dollar budget for the BCCLA, which has been around since 1962, is seriously jeopardized when your Executive Director wanders off the reservation and calls for the burning of churches on First Nation Reserves and elsewhere.

This is a direct contradiction of the mission statement of the BCCLA, which is to support indigenous peoples. Not even the liberal commentators in the Canadian press could quite square that contradiction.  So, like Howard Beal in the movie, “Network”, Walia was axed because she had bad ratings.

Most sane citizens support the work of the American Civil Liberties Association (ACLU) and, by extension, it’s counterpart in Canada.  However, when you hire a firebrand like Ms. Walia, who is more interested in supporting criminal behaviour than supporting legal representation for those that can’t afford it, you risk getting burned.

Even the First Nations leaders were against the burning of churches on their land.

It will be interesting to see who replaces Harsha Walia as Executive Director of the BCCLA.

My guess is that it will be yet another “Woman of Color” with a lower public profile than Walia.

The best choice would be a native elder, preferably male, with a demonstrated record of truly standing up for the rights of Indigenous people.  The public is tired of noisy bombthrowers like Harsha Walia.