After 16 years in the 39th District, he says “its time” to leave the Legislature. He said he will finish his term. New Caucus leader could be chosen this week.

From Rep Luanne VanWerven: “He has served the House Republicans with 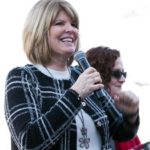 honor and distinction. His wise and steady leadership will be greatly missed.“

From Rep Vincent Buys:  “It has been an honor serving alongside Rep.

Kristiansen and under his leadership for the last number of years. His leadership has provided the legislature a reasonable voice when others tried to dominate. While his unique leadership style will leave a hole in our caucus, he leaves a legacy of developing great leaders… who will work together to move us  forward.”

Sources say that Rep. Kristiansen will serve out his term but the Republican Caucus  will gather as soon as possible to name a replacement for the House Republican Leadership Position.