The State Senate is conducting an outside investigation of 40th district Democratic Sen. Kevin Ranker following allegations of improper conduct.

“Ann Larson, who served as Ranker’s legislative assistant for a year nearly a decade ago, said the investigation is related to sexual harassment and hostile workplace issues. She says she also was subjected to hostile encounters involving Ranker once she left to work as a legislative liaison for the Department of Fish and Wildlife” Read more here:

Please stay tuned to The Fourth Corner as details continue to emerge on this Whatcom County Legislator. 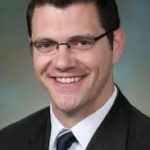 Former Republican Senator Joe Fain was pilloried in the Seattle Times concerning an allegation by someone who accused him of improper behavior while in college.

Seattle Times Media, in the Middle of a State Senate campaign, on September 28th, 2018; Reporters | Heidi Groover, Mike Baker, Joseph O’Sullivan;  began a nearly daily  drumbeat of allegations against Sen. Joe Fain. Based on a woman’s accusations from 2007…

Sadly; probably because of this mainstream media constant negative reporting on the integrity of  Senator Fain; he was not returned to the Senate by the voters… To this date there have been no charges filed by the accuser Candance Faber. Sample Times reporting on allegations against Senator Fain here.

Fourth Corner editorial opinion:  Let’s hope that the reporters and editorial staff of the Times give at least the same attention to Democrat Sen Ranker’s Investigation as they have done to Republican Joe Fain’s investigation.

Even though the stakes are not quite as high for Democrat Kevin Ranker as they were for Republican Joe Fain:

For Democrat Sen Ranker there is no opportunity for an election “September surprise” as there was in Senator Joe Fain’s case.