Since Democrats in New York and other places in the United States passed abortion bills that allow for abortion up until birth and the Governor of Virginia spoke publicly of infantcide  (with his “make the baby comfortable” comments) ; there has been an uproar on both sides of the Roe vs Wade issue.

After Democrats pushed the very liberal edge; other states have taken up the issue and in some cases have not allowed abortion at all. In places like Alabama, Missouri and Louisiana new laws have been passed that some consider more restrictive to the use of abortion as a choice.

In Washington State the voters have twice voted thru our Initiative process that abortion can be an option for the pregnant mother to select if needed.

In Bellingham, even though this is a Federal and State issue and the  Council has no power in this case; they decided that discussion would be appropriate and introduced Resolution 22332 for discussion at their June 3rd 2019 Council meeting.

Here is the Resolution:Supporting Access to the Full Spectrum of Reproductive Services 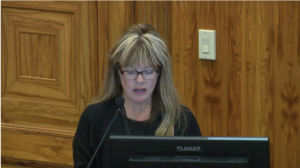 the audience: from the Whatcom Pregnancy center located on State Street in Bellingham; concerning the effect of #3 on the “be it resolved” section of the resolution and its effect on free speech and forcing an organization to offer abortion services.

Here is the #3 in the Resolved section:

(3.) (The City) does not support any attempt of a private or non-profit organization to restrict access by withholding services, information or referrals related to reproductive health care including abortion care.

Below: The Whatcom Pregnancy Center “about us” statement on their home page:

“For over 25 years the Whatcom County Pregnancy Clinic has been dedicated to educating, equipping, and empowering individuals and families facing an unplanned pregnancy. We offer a compassionate and confidential environment for patients to be heard and to receive accurate information and medical care. All of our services are free.”

The Whatcom County Pregnancy Clinic is silent on recommending abortion as a part of their program.

From Minute :34 to 1:33; 59 minutes on the video below there are arguments for both sides of this resulotion.  The second person to speak in the video is Autumn Lindsay who states: “I am a Whatcom County Resident and I reject this Resolution and I am a woman and I reject this resolution.”

Here is the link to start the debate at 34 Minutes :  Video here.

Local Planned Parenthood was in favor of the Resolution and their comments are included.

There goal as per their web page is:

“Planned Parenthood is one of the nation’s leading providers of high-quality, affordable health care, and the nation’s largest provider of sex education. We offer compassionate care, backed by medical experts and more than 100 years of research in reproductive health.” 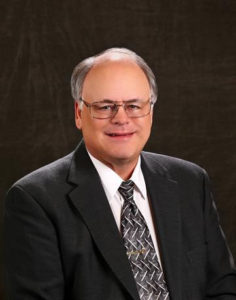 Since resolutions can lead to ordinances with the force of law there is some concern that this could cost the city in legal costs to defend the city on free speech infringement.  The City Attorney Peter Ruffatto stated though that in his opinion:  the resolution is an unenforceable statement.

An opinion from the Fourth Corner:

The Bellingham City Council has been criticized in the past for taking time to discuss and vote by resolution for their particular political beliefs. These beliefs sometimes do not pertain to any of the issues that they govern as a City.  So this is another time where the council has weighed in on a highly charged social issue to express their political opinion.  Practically speaking it has done very little but from a political perspective it has satisfied the base that elects them.

But this time for the Fourth Corner and others that saw the debate on video above, it also raised the level of awareness of some very articulate, passionate people who do not believe in the abortion option and the debate did educate the public on what the pregnancy center does and how their preference for life can be a positive thing in our communities.  We at the Fourth Corner are thankful to see these expressions for life and the needs of women’s health are combined.