A Story of Determination and Success; Chihuahua’s Ferndale

Ferndale’s Chihuahua Mexican Restaurant; a story of Determination and Success; right here in The Fourth Corner. 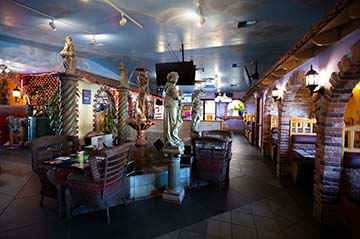 The history of Chihuahua Mexican Restaurant begins with the journey of Alex Hernandez, in 1985 he moved to Seattle where he began to work at various Mexican restaurants. During this transitional year his passion for the restaurant industry began.

Mr. Hernandez demonstrated determination through hard work, having worked assorted positions he was able to gain the fundamental knowledge required to run a restaurant. In 1993 he commenced his first restaurant, a small modest establishment in Port Angeles.

Chihuahuas has become a place for the community as they continue to  accommodate many family gatherings, birthday, bridal and sports celebrations. Within the last few years Mr. Hernandez has grown the family restaurant with a taco truck, stationed in the heart of Bellingham off Iowa Street, six days a week. In conjunction with the taco truck Chihuahuas offers catering services and has catered to many businesses within the community.

Chihuahuas is a big supporter of local businesses, schools and churches. Along with his long-time employees, Mr. Hernandez wants to continue welcoming his guests with great joy and appreciation. He is thankful to have served the community for over twenty years and is grateful by all the support Whatcom County has offered.