Open Letter from the former chair of the Snohomish County Republican Party Billye Brooks-Sebastiani  to Speaker of the House Nancy Pelosi and Senate leader Chuck Schumer in light of the Congress of the United States Impeaching the President of the United States a second time in four Years. 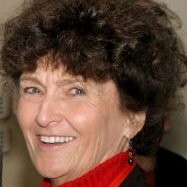 I find that your divisive words and impeachment actions are not only insensitive, but totally destructive to the American people!  Living through the 2020 summer of total anarchy, from including the violence of many terrorist rioters to the actual looters and those burning and destroying our cities, businesses and even police stations, along with the murders – all in the name of which were declared as “peaceful protests” by the media and the Democratic members.  It is extremely obvious that neither of you have a heart for America – clearly on display when Speaker Pelosi, you would not bring forth the Stimulus Bill to help unemployed, hurting and desperate families before the election.  These actions are shameful and represent the root of America’s division:  those who genuinely care about the American People versus those who play self-serving games with the lives of the American People.

Do not, I repeat, DO NOT even think about a second impeachment of President Trump!

There is more to the Wednesday Capitol riot than we know yet we WILL be demanding the full truth.  In the meantime, the Democrats are attempting once again to divert attention from their own collusion and 4 plus years of orchestrated attacks on a duly elected President without any substance except for further exposing the corruption within our once formerly trusted government.

The accomplishments of President Trump speak for themselves and you could have participated, but NO you refused to come to the table.  While seats were gained in the Senate, it is still split and in the House the loss was significant.  Pay attention to doing the right thing for America and ALL of the American People – that is if the cry for UNITY is real.